Austin City Limits Live at The Moody Theater (ACL Live) is a state-of-the-art, 2,750-person capacity live music venue that hosts approximately 100 concerts a year. It serves as the permanent home for the taping of the acclaimed Austin PBS produced television series, Austin City Limits, the longest running music series in American television history. ACL Live is nestled next to W Austin Hotel & Residences, which are both located within Block 21, the first mixed-occupancy building of its type in the world to be LEED certified. LEED is a mark of excellence developed by the U.S. Green Building Council acknowledging measurable performance attributes that benefit human and environmental health. ACL Live is the premier destination in Austin for live performances as well as numerous special and private events.

State of the Art

Please visit here for an overview of what to expect when attending a show. If you don’t see an answer to your question below, please visit the FAQ page or feel free to contact us.

Q: How far in advance of the show should I arrive at the venue?

A: In addition to leaving time for parking, please be advised that we have implemented increased security procedures due to recent worldwide events.  We recommend adding at least 30 minutes to the time that you would normally allocate for arrival.  All patrons are subject to wanding and bag searches upon entry.

A: No, they are not. Tapings are separately scheduled by our friends at KLRU. Click here to learn more about tapings.

Q: Can you buy tickets here to see ACL tapings?

A: No, the process with ACL tapings stays the same and is managed by our partners, KLRU. Click here to learn more about tapings.

Q: Can I park at the W Hotel for ACL Live shows?

A: Limited valet parking is available at the W Hotel for ACL Live ticketholders on a first-come, first-served basis.  For rates and more information about valet parking, please visit here. Additional suggestions for getting to the venue are available on our parking page.

Q: What are the box office hours?

A: The box office is currently closed until further notice. Inquiries may be emailed to info@acl-live.com.  Venue tour tickets and tickets for upcoming shows may be purchased through each event’s page on the ACL Live calendar.

Q: Where is the box office located?

A: The box office is located on 2nd street between Lavaca and Guadalupe.

Q: How do I purchase tickets in advance?

A: You can purchase tickets online at acllive.com.

Q: Can I transfer my Will Call tickets to someone else?

Q: I've never been to The Moody Theater before, do I get a seat or is it general admission?

A: There are approximately 1,500 fixed seats shared between the balcony and mezzanine levels. The floor level can be seated or general admission standing depending on the show.

Q: Can I leave the venue and come back?

A: The general policy for the venue allows re-entry; however, you must present your ticket again.  Any shows that do not permit re-entry will be clearly indicated at the door.  All patrons are subject to wanding and bag searches upon each entry.

Q: What type of payment is accepted at the bar?

A: The bar will accept cash as well as Visa, Mastercard, Discover, and American Express credit cards.

ACL Live at The Moody Theater

Metered parking starts at $2 per hour and increases depending on the length of time. Parking meters hours are:

Limited valet parking for ACL Live ticketholders is available at the W Hotel on a first-come, first-served basis.  For rates and more information about valet parking, please visit here. There is plenty of additional parking in the area, with some alternative options listed below.

Stay the night!  Book a room at W Austin, located just steps from the venue entrance, and don’t stress about getting to and from the show

Entrance on the east side of Guadalupe, between 2nd Street and Cesar Chavez.

Entrance on the east side of Lavaca, between 2nd and 3rd streets

Entrance on east side of San Antonio, between 2nd and 3rd streets

Entrance on east side of Guadalupe, between 3rd and 4th streets

Between 3rd and 4th streets and between Guadalupe and San Antonio, entrances on all sides

Entrance on West side of block

To ensure that you are able to take the tour, please purchase advance tickets for your desired tour date below. Limited tickets may be available for walk-ups, but are not guaranteed.

More than Just a Music Venue

Jack Daniel’s, Jim Marshall Photography LLC and Austin City Limits Live are celebrating the 7th anniversary of the “Jack + Jim” Gallery, the longest continuing exhibition of works from the archive of legendary photographer Jim Marshall. Not only is 2018 a special year for the “Jack + Jim” Gallery but it is also the 50th Anniversary of the groundbreaking 1968 Johnny Cash concert at Folsom Prison.

Jim Marshall met Cash in 1963 in New York City while photographing Colombia Records’ recording sessions and developed a close relationship with Johnny and June. Cash asked Marshall to be his photographer for Folsom. Cash, a staunch advocate for prisoner’s rights, wanted this concert (and the 1969 San Quentin Prison concert) to be memorialized not only by the recordings but also in pictures.

Marshall shot candid and performance images: the most infamous photograph in music history Johnny Cash Flippin’ the Bird, Cash’s answer to Marshall’s request “John, let’s do one for the warden” at San Quentin, as well as the rarely seen image of Cash in Greystone Chapel at Folsom Prison. The song Greystone Chapel, written by one of the inmates at Folsom, Glen Sherley, was recorded during the Folsom Prison concert with Sherley in the audience. Jim captured their shaking hands after Cash sang Sherley’s song. Cash did these two concerts to shine a light on the terrible prison conditions and abuses that were rampant at the time. Marshall’s photographs remind us that 50 years later not much has changed.

Check out this video of the gallery installation!

The program is taped live before a concert audience from ACL’s studio home, ACL Live at The Moody Theater in Austin, Texas. Austin City Limits is the longest-running music series in television history and remains the only TV series to ever be awarded the National Medal of Arts.

Since its inception in 1974, the groundbreaking program has become a music institution, evolving from a local outlaw-country showcase to a required stopping point for superstars, innovators and talented newcomers from every corner of music. ACL was designated an official Rock & Roll Hall of Fame Landmark in 2009 and received a rare institutional Peabody Award for excellence and outstanding achievement in 2012.

The Premium Seat License (PSL) program at ACL Live offers the best, most exciting way to impress and entertain your clients, friends, and family with the best seats in the building in the heart of the Live Music Capital of the World.   The PSL program allows license holders the first right to purchase the best seats in the building to the 100+ annual ACL Live concerts before they go on sale to the public. 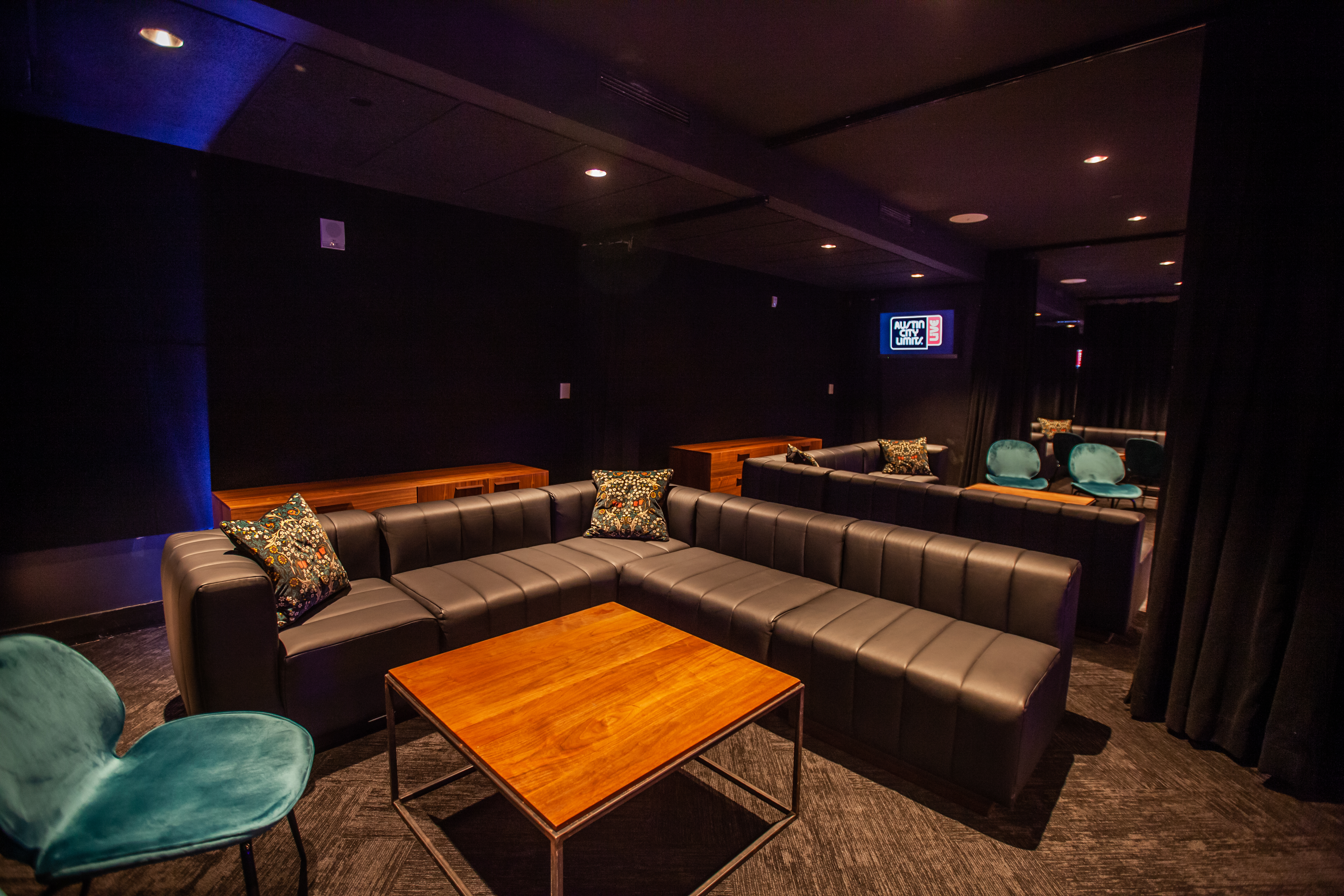 In 2016, the Pachanga Latino Music Festival grew the Austin celebration of Latino music and culture to a year-round program, by evolving into a quarterly concert series at Austin City Limits Live at The Moody Theater (ACL Live).  The Mavericks, Los Tigres del Norte, Natalia LaFourcade, and Omara Portuondo & Eliades Ochoa of The Buena Vista Social Club were the featured artists of the 2016 Pachanga Latino Music Series.

The Pachanga Latino Music Series is the evolution of the critically acclaimed Austin, Texas, based festival, which was dedicated to promoting a vibrant blend of Latino-created music and art and its impact on contemporary American culture. This series presents world-class Latino talent to Austin audiences, with a concerted focus on bringing more of central Texas’ Latino and Hispanic communities to experience live music at ACL Live, a world-renowned state-of-the-art concert venue in the heart of downtown Austin.