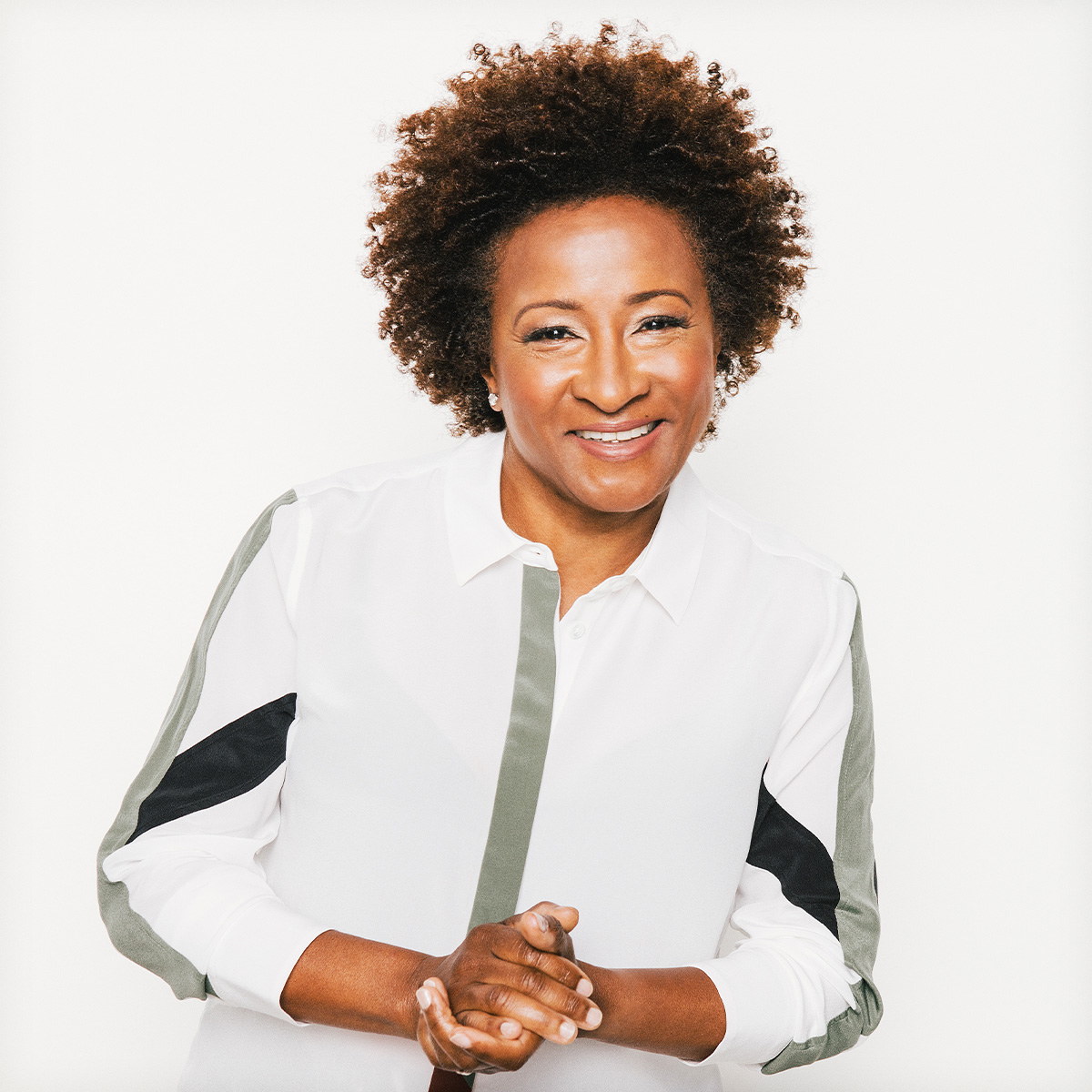 This is a strict NO CELL PHONES ALLOWED show. Please leave your phones in your cars or at home. Anyone who brings a cell phone will be required to place it in a locked pouch. Everyone is subject to a pat down and wanding.  Anyone caught with a cell phone inside the venue will be immediately ejected.

*** No cellphones, cameras or recording devices will be allowed at this show. Upon arrival, all phones and smart watches will be secured in Yondr pouches that will be unlocked at the end of the show. Guests maintain possession of their phones throughout the night, and if needed, may access their phones at designated Yondr unlocking stations in the lobby. All guests are encouraged to print their tickets in advance to ensure a smooth entry process. Anyone caught with a cellphone in the venue will be immediately ejected. We appreciate your cooperation in creating a phone-free viewing experience.

WANDA SYKES  owns all rights in the content and materials delivered during her performance (the “Materials”). Any use of the Materials without the express prior written consent of WANDA SYKES is strictly prohibited and is punishable to the full extent of the law.

WANDA SYKES is an Emmy winning stand up comic, writer, actress and producer who has been entertaining audiences for over twenty years. She has ranked among Entertainment Weekly’s “25 Funniest People in America” and her peers have called her “one of the funniest stand-up comics” in the field.

In 2020, Wanda received Emmy nominations for both her role as real-life comic ‘Moms Mabley’ in The Marvelous Mrs. Maisel and for her voice work as ‘Gladys Murphy’ in Crank Yankers, a role she originated in 2004. Wanda’s guest-starring role on ABC’s Black-ish also brought her two back-to-back Emmy nominations for “Outstanding Guest Actress in a Comedy Series” in 2017 and 2018. Her fifth and latest standup special, Wanda Sykes: Not Normal, is currently streaming on Netflix and was nominated for two 2019 Primetime Emmy Awards; “Outstanding Variety, Music or Comedy Special” and “Outstanding Writing for a Variety, Music or Comedy Special.” The special also received a Broadcast Critic Award nomination.

Wanda can currently be seen in the Netflix’s comedy The Upshaws, which she is writing, co-showruning and starring in. The Upshaws centers on a working-class African American family in Indiana struggling to make it work and make it right without any blueprints.   The show was recently picked up for a second season with 16 episodes.  Season one was nominated for a People’s Choice Award and a 2022 NAACP Image Award.   Sykes was also nominated for and NAACP Image award for supporting actress. She recently produced and was a part of the Apple TV+ 5-part documentary series Visible; Out on Television, about how the LGBTQ movement has shaped the history of the medium. Each hour-long episode explores themes of homophobia, the evolution of the LGBTQ character, and coming out in the television industry. Wanda spent five years on the CBS sitcom The New Adventures of Old Christine co-starring Julia Louis-Dreyfus as well as HBO’s critically acclaimed The Chris Rock Show (the latter of which earned her two Emmy nominations and one win). She has appeared in Broad City, House of Lies, Curb Your Enthusiasm, and many more hit television shows. Other TV credits include Fox’s Wanda at Large which she wrote, produced and starred in, Wanda Does It on Comedy Central, and Crank Yankers. Wanda even starred on her own late-night talk show on Fox, The Wanda Sykes Show.

In 2017, Wanda was seen in the feature comedy Snatched, opposite Amy Schumer and Goldie Hawn. She was also seen in Evan Almighty (sequel to Bruce Almighty), in which she co-starred with Steve Carell, the cult-hit Monster-In-Law with Jane Fonda and Jennifer Lopez, My Super Ex-Girlfriend, Pootie Tang, Nutty Professor 2; The Klumps, Down to Earth and many more.

Wanda has had four comedy specials prior to Not Normal; 2016’s What Happened…Ms. Sykes? which premiered on Epix, 2009’s Wanda Sykes: I’ma Be Me on HBO, nominated for two Emmys, HBO’s 2006 comedy special Wanda Sykes: Sick & Tired, nominated for a 2007 Emmy for “Outstanding Variety, Music or Comedy Special,” and her first, 2003’s Wanda Sykes: Tongue Untied, which premiered on Comedy Central. Her stand up has tackled everything from politics and marriage to racial profiling and parenting.

In 2012, Wanda joined forces with veteran producer Page Hurwitz to form Push It Productions, a production company dedicated to creating quality, comedy-based programming for network and cable television outlets. The company’s diverse slate of projects includes sketch comedy, concerts, reality talk/variety, and competition formats. In just its first year, Push It made a first look production deal with NBC, had a new series on OWN (Herlarious, which was the recipient of a 2014 Gracie Award), and the company currently has shows in development with NickMom (Comedy Camp) and Comcast. Push It Productions produced the 8th and 9th seasons of NBC’s Last Comic Standing and the second season of Talk Show The Game Show, which premiered on TruTV in February 2018. They also helmed the second season of Face Value, hosted by Deon Cole, which returned to BET in spring 2018.

Wanda can be heard in many animated feature films and television shows, such as Fox’s Ice Ace: Collision Course (reprising her role as ‘Granny’ from Ice Age: Continental Drift) Dreamworks’ Over the Hedge and Paramount’s The Barnyard, as well as children’s shows Vampirina and Doc McStuffins.

Wanda’s first book, Yeah, I Said It, published by Simon and Schuster, hit bookstores in September 2004. Yeah, I Said It is a hilarious collection of essays touching on life, family and the current events of the time.

Wanda was born in Portsmouth, Virginia and raised in Maryland. She graduated with a Bachelor of Science degree from Hampton University. Her stand up career began at a Coors Light Super talent Showcase in Washington, D.C. where she performed for the first time in front of a live audience.