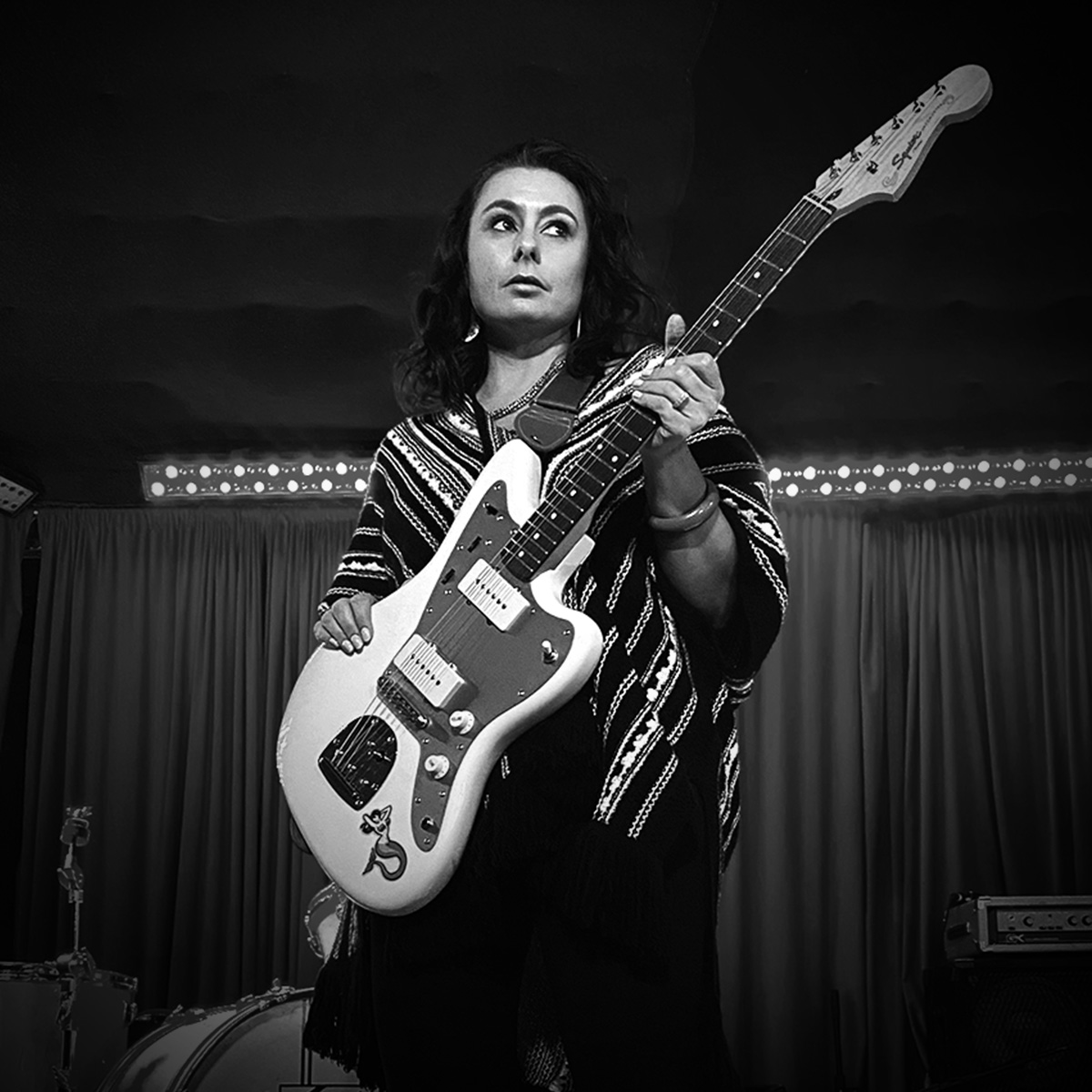 Live music is back on our block! Head next door to TRACE (at W Austin)’s spacious outdoor patio for FREE live music from Sophia Johnson Band during your dining experience, 5:30PM-7:30PM on Wednesday, May 19 & Wednesday, May 26. Seating is limited to ensure a safe environment, so reserve your table in advance here: http://www.traceaustin.com/calendar

​Since moving to Austin Texas in 2015, Sophia Johnson, may now be geographically pretty far from her roots in Birmingham, UK, but she definitely feels she has now found ‘home’. Indeed, she has quickly become a regular fixture in both the live music scene and on Austin radio. In the years since relocating across the globe, her career has gone from strength to strength, as an artist in her own right, and as a hired gun guitar slinger. Sophia released her debut solo record ‘One Year’ in 2016,  and in March 2018 she was awarded Western Swing Female at the 2018 Ameripolitan Awards in Memphis TN.

The term ‘triple threat’ springs to mind in reference to Sophia as she definitely has 3 distinct talents that make her stand out from the crowd: she is an accomplished guitarist (notably the first British woman to get a feature in specialist USA Bluegrass publication Flack Pick Guitar Magazine) a songwriter, and a vocalist. Not only does Sophia front her own project the Sophia Johnson Band, but she is also in high demand as a guitar player and harmony vocalist with several different projects in Austin (Tiger Alley, Ida Red, Lil Darlin) and further afield (The Toy Hearts).

Some career highlights over the last few years include playing guitar for artists such as Nancy & Beth, Sunny Sweeney, Brennen Leigh, Whitney Rose, Rosie Flores, The Carper Family and Mary Battiata. She has toured across the UK, Europe and the USA, some significant recent performances have been at; the Alaska Folk Festival, Sirius XM Outlaw Music Cruise, Newport Folk Festival, and The Grand Old Opry.

Sophia plays most nights in Austin, Texas and depending on which night you catch her and which band she is playing with she may be playing Bluegrass, Gypsy Swing, Rockabilly, Honky Tonk, Western Swing or Rock and Roll.

Austin is known as the live music capitol of the world, and though many long time residents may be lamenting the loss of “old Austin” as the city rapidly expands and perhaps loses some of that magic which lured Willie away from Nashville, Sophia’s journey proves that though Austin may be changing its appearance on the surface, the real heart and soul of the city is still making musical dreams come true for those who wish to submerge themselves in its music scene.