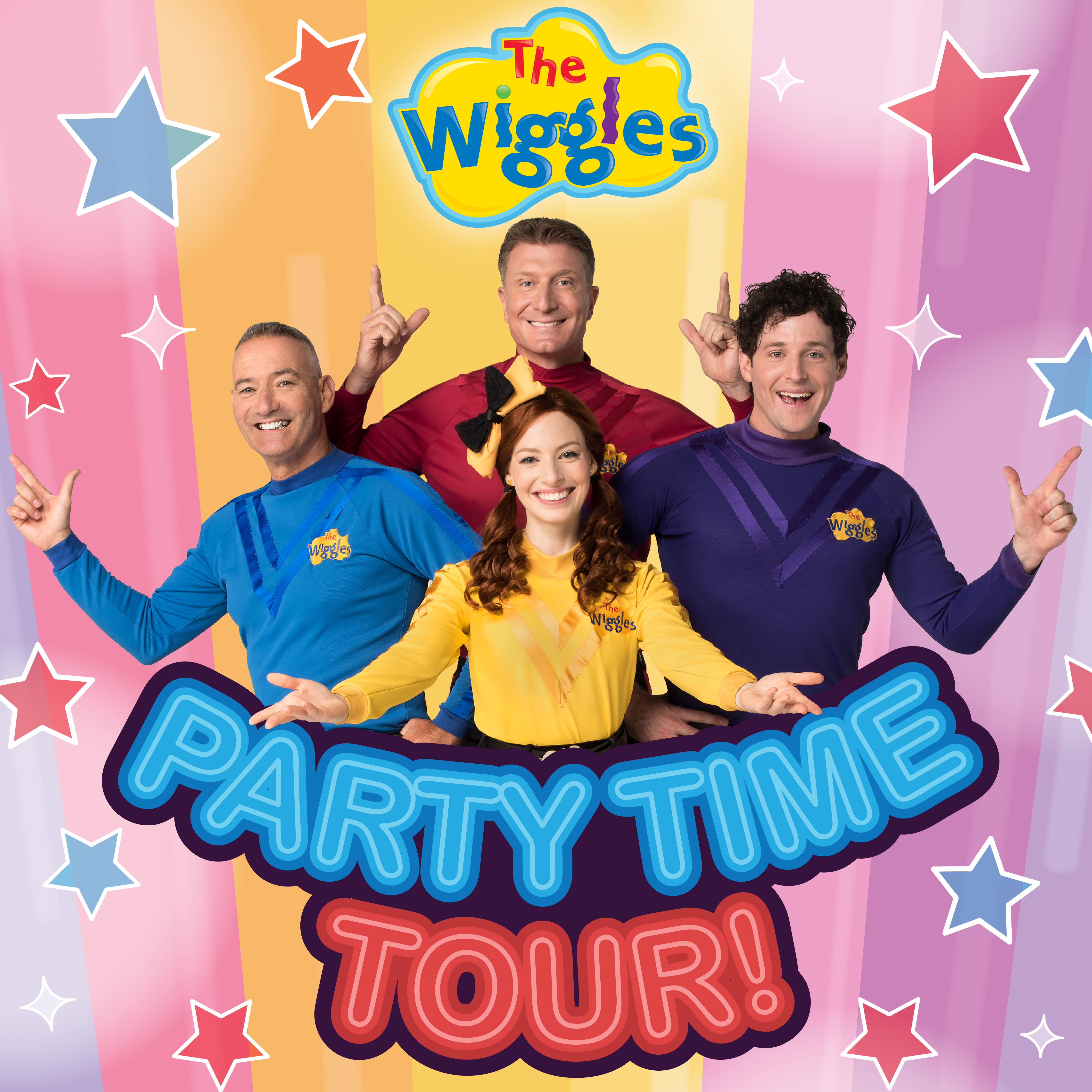 Hey, hey, hey, The Wiggles are coming to the USA! For the first time in years the world’s most successful children’s entertainment group will perform in 28 cities this Summer from the west to the east coast of the USA; over 16 more cities than last year!

Following the smash success of their tv series on Universal Kids and Hulu, as well as new clips released on YouTube every week receiving millions of views it’s time to see Emma, Lachy, Simon and Anthony off the screen and on the stage!

The Party Time Tour! will feature Dorothy the Dinosaur, Captain Feathersword, Wags the Dog, Henry the Octopus and a brand new Wiggly friend, Shirley Shawn the Unicorn! You can sing and dance along to all your favorite classic Wiggles songs as well as plenty of new favorites.

Join Emma as she performs Irish, ballet and other bow-tiful dancing. Listen to Anthony play his guitar, banjo and bagpipes. Do the actions with Simon as he sings “Simon Says”, and if Lachy falls asleep, call out “Wake up Lachy!” because we need him for the show!

In a world that’s increasingly virtual, The Wiggles offer something real. As author and actor Ben Elton says, “The core of The Wiggles is their humanity… The human scale of what they offer… There is something life enhancing about The Wiggles… A spirit, a good nature runs through them”.

This is your chance to experience all the fun of The Wiggles show in person. Join us and be a part of the Party Time Tour! With so many sold out shows last year, you better get a wiggle on and get your tickets now as tickets to the Party Time Tour! will sell like hot potatoes!