Soul Asylum – Back in Your Face

with Local H and Juliana Hatfield 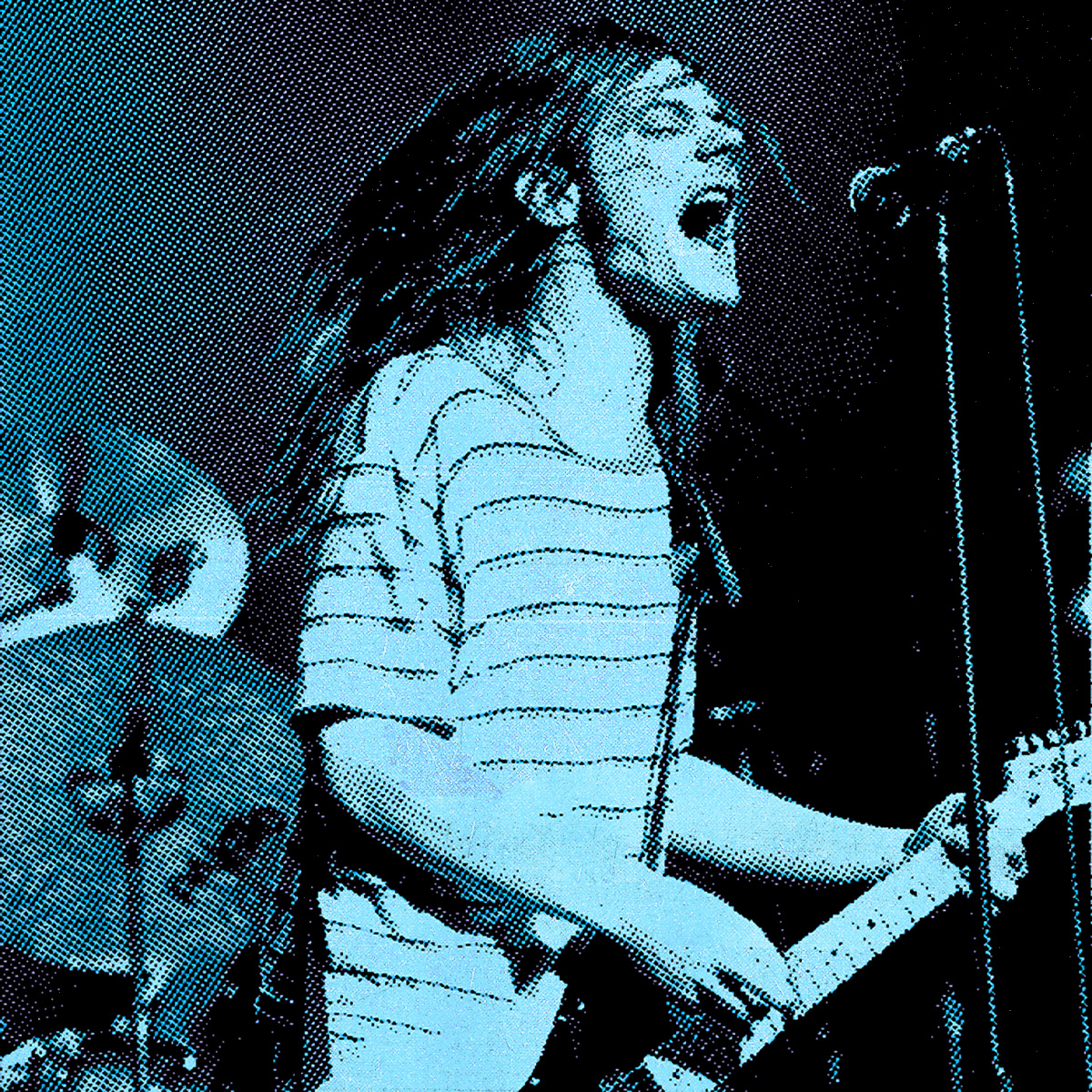 Make a night of it! Book a hotel stay just steps away at W Austin. Exclusive rates for ACL Live patrons start at just $229 when you book with your tickets here.

Vocalist/guitarist Dave Pirner will be the first one to admit that recording a Soul Asylum album can sometimes be very stressful, simply because he cares so deeply about every aspect of his songs and how the record unfolds. However, the frontman reports that making the band’s twelfth studio full-length, Hurry Up and Wait, was a completely seamless, enjoyable and productive experience.

This ease is evident in the music, which reflects Soul Asylum’s usual eclectic approach: thrashing songs indebted to punk (“Hopped Up Feelin'”) and classic rock (“Got It Pretty Good”), folk-influenced pop-rock (“Silly Things”), and gorgeous jangle-pop (“If I Told You”). “It was just total freedom,” Pirner says. “There was nothing, pressure-wise, that was making it less of a smooth creative process—if there is such a thing.”

The group also decamped to a familiar spot: Nicollet Studios, the same place Soul Asylum recorded seminal early albums released on Twin/Tone Records, such as the 1986 LP While You Were Out. Recording at Nicollet again was “extremely comfortable” says Pirner, who moved back to Minneapolis in recent years after a long stint living in New Orleans.

“I don’t think I could be more comfortable in a studio than at that place, except for my house,” he says. “There’s an amazing sense of familiarity. Every store in the neighborhood has changed just about, but it’s still the same place—it’s a very familiar place. It definitely evokes [a feeling of], ‘Shit, I’m back at my old place of work. Oh my God—how much time passed again?'”

Hurry Up and Wait, which was mastered by Grammy Award-winning mastering engineer Emily Lazar, certainly echoes of all eras of (and influences on) Soul Asylum’s work. “Make Her Laugh” is a laid-back, Stones-inspired jam; “Freezer Burn” marries hardcore energy to supercharged melodic punk riffing; and “Here We Go” is a pristine, lovelorn song with a deeply sentimental core. Lead single “If I Told You,” meanwhile, is classic Soul Asylum: Chiming riffs, an evocative guitar solo, and wistful Pirner vocals and lyrics (“If I told you I love you, would you hold it against me?”) unite to create a vibe that’s melancholy but lovely.

However, Hurry Up and Wait also boasts some subtle sonic evolutions. The acoustic-heavy, country-leaning lead single “Dead Letter” boasts an especially mournful vibe, and the smoky guitars of “Social Butterfly” have the dreamy aesthetic of ’80s indie-pop acts such as the Smiths.

“I did sort of put my guard down,” Pirner says. “And I was like, ‘Well, this time, I’m going to just go with whatever seems to be working, and I don’t really care what kind of music people want to call it.’ It’s a little raw

and forthcoming in the way that I didn’t second guess it. There’s a lot of just letting it come out as opposed to trying to force something.”

Recording Hurry Up and Wait was also easier since Fields, who spent years in L.A. working with a wide variety of pop and rock musicians, had moved to Minneapolis and taken over the front room of Nicollet. And so unlike previous Soul Asylum albums—which found Pirner and Bland doing initial work with Fields in California and then finishing the album in Minneapolis—Hurry Up And Wait was recorded in one place, with the band and producer hunkered down in the studio.

This consistency, when coupled with the relaxing atmosphere and lack of outside interference, also contributed to an energetic, loose vibe. “I was pretty insistent on less of everything,” Pirner says with a laugh. “I wanted it to sound more organic, let’s put it that way. Less effects and fancy studio stuff, because we’ve actually learned how to play like since the last time we were in that building.” He laughs again. “But it was very much homegrown, which is very much how we made records in the very early days.”

Soul Asylum initially formed in the early ’80s under the name Loud Fast Rules when Pirner was still in high school with friends Dan Murphy and Karl Mueller, and became part of the celebrated Minneapolis local music scene alongside fellow indie bands the Replacements and Hüsker Dü. This success led to the band entering the major-label mainstream with 1988’s Hang Time and its 1990 follow-up, And the Horse They Rode In On, before achieving a commercial breakthrough with 1992’s triple platinum Grave Dancers Union.

That album spawned several international hits, including “Runaway Train,” which won a Grammy Award for Best Rock Song, and “Black Gold,” and led to steady alternative radio and MTV airplay. Soul Asylum continued to enjoy mainstream success with 1995’s platinum-certified Let Your Dim Light Shine, which featured the hit “Misery,” and 1998’s Candy from a Stranger; the group also appeared on the soundtrack for multiple Kevin Smith movies, including Clerks. Since returning to action with 2006’s The Silver Lining, Soul Asylum has recorded steadily, and become a reliable presence on the road.

Pirner isn’t necessarily one for nostalgia, although he’s been doing a little more looking back than usual lately: In a nod to his reputation as one of America’s greatest songwriters, MNHS Publishing (Minnesota Historical Society) in February 2020 is releasing Loud, Fast, Words, a book of Pirner’s lyrics accompanied by commentary and essays about each Soul Asylum album. Compiling his thoughts for the book has made Pirner realize that while his lyric-writing process is more “streamlined” these days, in general it’s remained remarkably similar across Soul Asylum’s existence.

“There’s always like—oh, this song I sat down and wrote in 25 minutes,” he says. “This one took me 25 years to write,” he says. “There are always both of those kinds of songs on a record. Sometimes it all comes together very quickly, and other times it literally can take me decades.”

Hurry Up and Wait—which dives into topics such as grappling with emotional and geographic disconnection, navigating romantic ebbs and flows, and the power of embracing optimism despite it all—is no exception, he adds “I could probably go through [the album] and go, ‘Oh, that one I started writing 10 years ago. That one I started writing six months ago. That one I’ve been trying to get right since the beginning of time, and I finally found the right words that finished the sentiment.'”

Luckily, these days Pirner can bounce his ideas off a steady group of creative foils, including drummer Bland, who spent many years drumming as part of Prince’s New Power Generation. “The band is really the first reaction. And if they respond to something, I pursue it. If we’re playing it for the tenth time in the studio and

Nearly 40 years after Soul Asylum coalesced as a band, Hurry Up and Wait underscores that Pirner is the rare musician who pairs the confidence of a seasoned veteran with the unflagging enthusiasm and ambition of an artist just starting out. “The first time you go into the studio, it’s terrifying,” he says. “You’re on the clock and you have to play and sing well, and have good songs. Now it’s like being a mechanic that’s been working on cars his whole life—you just do it.”

In March of 2020, the band ended their best selling tour in 15 years, The Dead Letter Tour, with support from Local H. They recently released an acoustic EP of songs from HUAW titled, Born Free. With more than 100 songs performed during weekly livestream sessions, the band are anticipating to be back on the road in 2021.