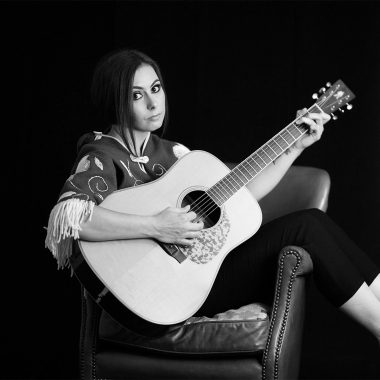 Live music is back on our block! Head next door to TRACE (at W Austin)’s spacious outdoor patio for FREE live music from Sophia Johnson during your dining experience, 5:30PM-7:30PM on Wednesday, January 20 & Wednesday, January 27. Seating is limited to ensure a safe environment, so reserve your table in advance here: http://www.traceaustin.com/calendar

Since moving to Austin Texas in 2015, Sophia Johnson may now be geographically pretty far from her roots in Birmingham, UK, but she definitely feels she has now found ‘home’. She has quickly become a regular fixture in both the live music scene and on Austin radio. In the years since relocating across the globe, her career has gone from strength to strength, as an artist in her own right, and as a hired gun guitar slinger. Sophia released her debut solo record ‘One Year’ in 2016, and in March 2018 she was awarded Western Swing Female at the Ameripolitan Awards in Memphis TN. The term ‘triple threat’ springs to mind in reference to Sophia as she definitely has 3 distinct talents that make her stand out from the crowd: she is an accomplished guitarist in both jazz and country guitar styles (notably the first British woman to get a feature in specialist USA Bluegrass publication Flack Pick Guitar Magazine) a songwriter, and a vocalist. Currently, Sophia fronts her own group the Sophia Johnson Band, and is a founding member of two bands Ida Red and Tiger Alley. She is also in high demand as a guitar player and harmony vocalist with several different projects in Austin, as well as having toured extensively as a side woman, including performances in recent years at Alaska Folk Festival, Newport Folk Festival and The Grand Old Opry.