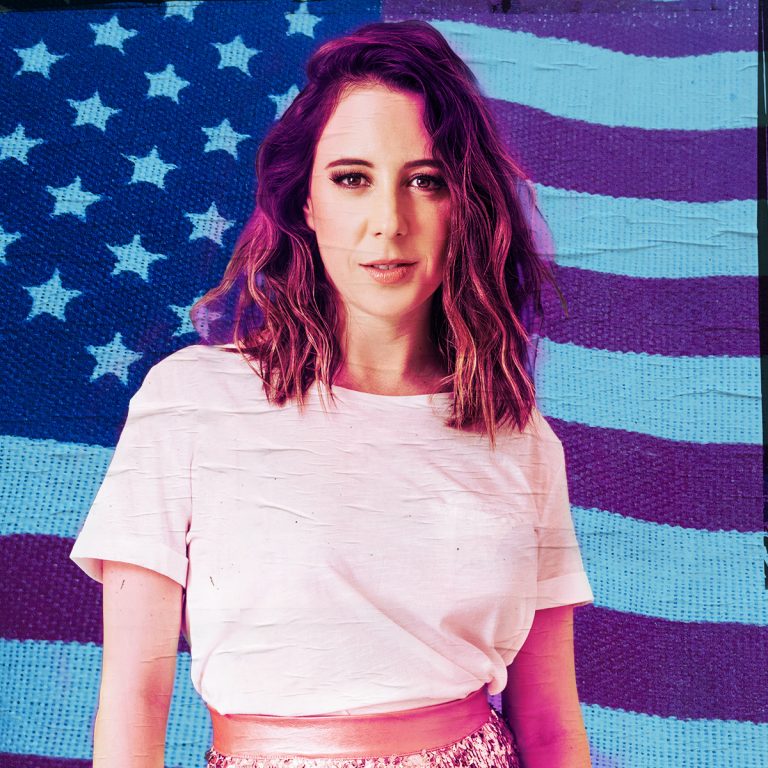 One of the most famous Latin American comedians, pioneer in the Stand Up Comedy genre in Mexico. Sofia began this journey eight years ago after retiring from publicity and taking a huge step in her life to dedicate full time to her greatest passion in life: see reality through humor.

She recently collaborated with Saskia Niño de Rivera in the Reinserta project, offering a live comedy workshop to the detainees at Santa Martha Acatitlan prison, with the intention to use humor as a therapeutic technique. This story will be told in an upcoming documentary this year.

In June 2016, Sofia debuted “Expuesta” (exposed) the first Netflix special for a Mexican woman comedian, and in March 2018 she debuted her second special for the same platform, titled: “Selección Natural” (Natural Selection), with which she went on tour throughout Mexico, finishing with two successful sold outs first in the Teatro Metropolitan in Mexico City and then in the Auditorio Nacional, becoming the first female Mexican comedian to present in this venue. Sofia also participates in the successful Club de Cuervos series on Netflix. She has participated as speaker at different forums, including: Inter American Development Bank in Washington, D.C, Foro Eleva Mexicali, and even being invited by the office of the president to share a dialogue with President Enrique Peña Nieto. Additionally, she has two talks on TEDx.

As an actress, Sofia participated in the films “Una Mujer Sin Filtro” written by Nicolas Lopez and directed by Luis Eduardo Reyes released in 2018, and “Recuperando a mi Ex” directed by Gabriel Guzman Sanchez.

She has collaborated in publicity campaigns with brands such as: Nescafe, Kiehl’s y Baileys.

In 2018, Sofia had her first tour in the US, and in 2020, she will continue the tour in more cities and bigger venues. She also debuted “Sobrevivi” as the first YouTube Originals mini-series starring a Mexican comedian. This project also marks her debut as producer of an original scripted series.