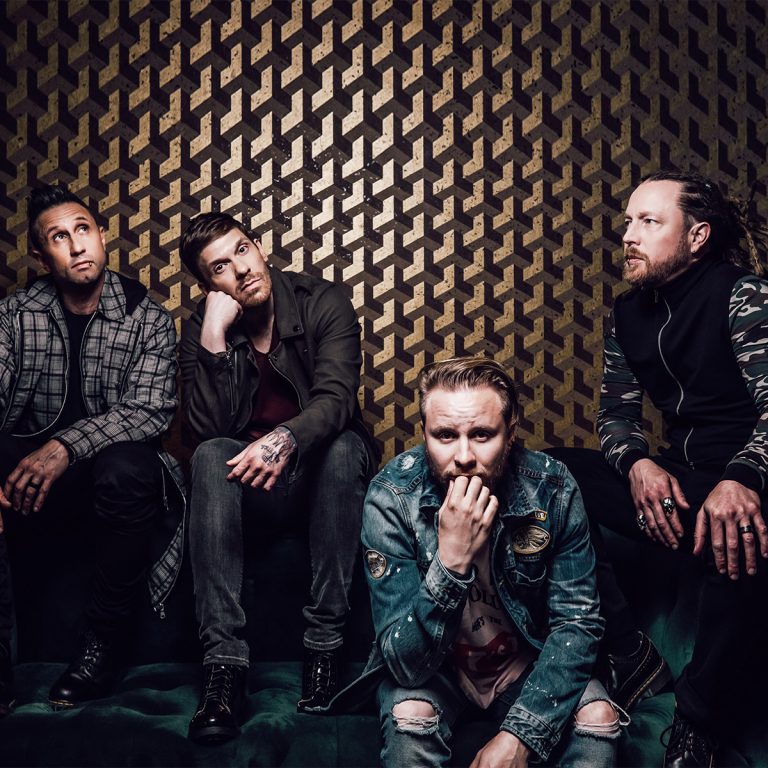 A message from Shinedown:

ATTENTION Shinedown Nation: We know it’s been an intense time for everyone & we hope that you’re all safe, healthy & looking after each other. The health and safety of our fans always come first & while we were so looking forward to seeing all of you on the #SDDeepDiveTour there are rapidly growing concerns about the Coronavirus & we’ve had to take the necessary precautions & reschedule the May 3 show at ACL Live. The good news is, we have a new date: August 26! For the full list of RESCHEDULED dates go to shinedown.com/shows. Tickets & VIP purchases will be honored.

Multi-platinum, record-breaking band Shinedown – Brent Smith [vocals], Zach Myers [guitar], Eric Bass [bass, production], and Barry Kerch [drums] – has sold more than 10 million albums and 10 million singles worldwide, earned 13 platinum and gold singles, 5 platinum and gold albums, 15 #1 Active Rock hits, and amassed more than 1.5 billion total streams. Each of Shinedown’s 25 charting singles on Billboard’s Mainstream Rock Songs Chart has reached the Top 5 – an unparalleled achievement – and they hold the record for most Rock Airplay Top 10s ever. Recent hits “GET UP,” “MONSTERS” and “DEVIL” bring their total to 14 #1s on Billboard’s Mainstream Rock Songs Chart, the second most in chart history, and the title track and current radio single “ATTENTION ATTENTION” is quickly climbing at rock radio. The story that unfolds on their latest album ATTENTION ATTENTION (Atlantic Records) reveals a personal, poignant, and powerful body of work and is an enduring statement about the resolve of the human spirit – touching on themes such as mental health, overcoming struggles,  not being afraid to fail and the importance of our human connection with one another. Speaking to the human spirit in a time of need and inspired by Shinedown bassist Eric Bass’ struggle with clinical depression, “GET UP” quickly became a crossover hit and a beacon of light for listeners around the globe, with its urgent and universal message of hope, empathy and encouragement. ATTENTION ATTENTION has received major media acclaim from the likes of Live with Kelly & Ryan, Huffington Post, Forbes, Salon, Billboard, Consequence of Sound, Buzzfeed, Grammy.com, Parade, Popdust and more, and landed them a slot in 92Y’s prestigious talk series, 92Y Talks, in NYC. Shinedown’s distinct mix of explosive rock ‘n’ roll spirit, thought-provoking lyrics, melodic sensibility and cinematic flourishes colors ATTENTION ATTENTION, which has racked up more than 286 million global streams, simultaneously hit #1 on Billboard’s Alternative, Top Rock and Hard Rock Albums Charts, debuted Top 5 on the Billboard 200, and led to two iHeart Radio Music Award nominations for Rock Artist of the Year and Rock Song of the Year.  Hailed for their high-octane live shows, Shinedown continues to engender diehard love from millions of global fans and has racked up countless sold-out tours and festival headlining sets as well as numerous national television appearances. The band is playing to sold-out arenas in the U.S. and overseas on their ATTENTION ATTENTION World Tour, backed by their biggest, most eye-popping production yet and propelled by the undeniable power of front man Brent Smith’s voice.