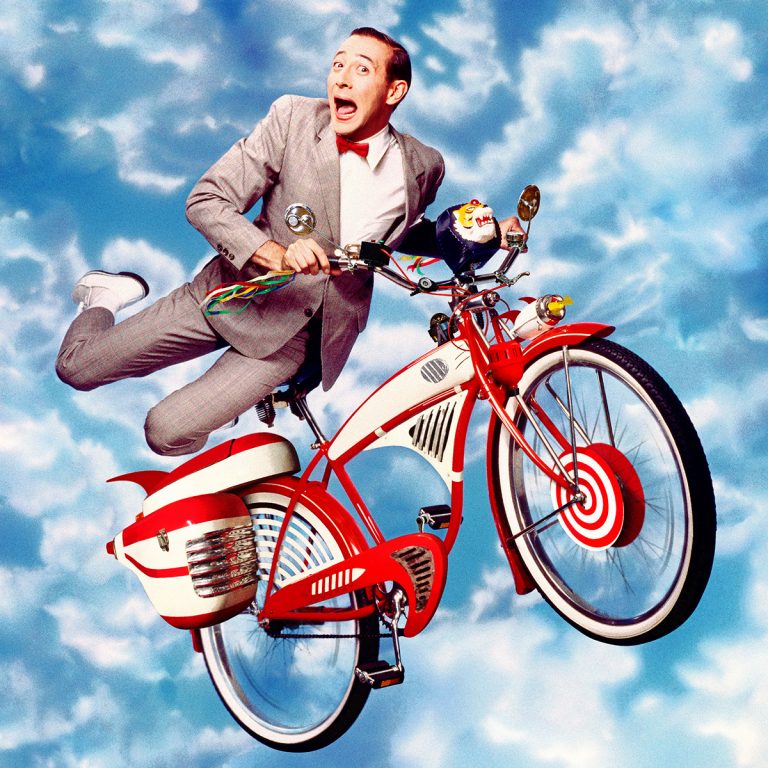 *** No cellphones, cameras or recording devices will be allowed at this show. Upon arrival, all phones and smart watches will be secured in Yondr pouches that will be unlocked at the end of the show. Guests maintain possession of their phones throughout the night, and if needed, may access their phones at designated Yondr unlocking stations in the lobby. All guests are encouraged to print their tickets in advance to ensure a smooth entry process. Anyone caught with a cellphone in the venue will be immediately ejected. We appreciate your cooperation in creating a phone-free viewing experience.

2020 marks 35 years since Paul Reuben’s classic, quirky sensation Pee-wee’s Big Adventure hit theaters. A critical and financial triumph at the box office, the 1985 comedy, Pee-wee’s Big Adventure, starring and co-written by Reubens grossed over $40M domestically and made Pee-wee Herman a household name. The movie marked the feature film directorial debut of Tim Burton and the first major studio film for composer Danny Elfman, beginning the now legendary filmmaking duo’s partnership which has resulted in 16 films over the last three decades. The movie is a timeless classic that continues to entertain and enthrall generations of fans to this day.

The 35th anniversary of the film is being celebrated with Pee-wee’s Big Adventure 35th Anniversary Tour with Paul Reubens. Each event will include a special screening of the film, followed by amazing stories about the making of the movie told by Paul Reubens.

Three levels of exclusive VIP packages will be available that include a ticket as well as a super secret gift, plus photo opportunity as well as a signed print. For further details visit peewee.com.

After the breakout success of Pee-wee’s Big Adventure, Reubens went on to create, co-write and co-direct Pee-wee’s Playhouse on CBS. The series earned 22 Emmy® Awards during its five year run. Reubens has personally been nominated for 14 Emmy® Awards, with two wins.

Paul Reubens created the iconic character, Pee-wee Herman, as a member of the famed Los Angeles improv group The Groundlings. His breakthrough stage production, The Pee-wee Herman Show, premiered at The Groundlings Theatre and moved to The Roxy on Sunset Strip where it ran for an unprecedented five months. The HBO broadcast of the show introduced Pee-wee to a national audience.

Pee-wee returned to the big screen in Big Top Pee-wee, directed by Randal Kleiser. Reubens co-wrote and co-produced the film.

In 2010, Reubens produced, co-wrote and starred in an updated revival of The Pee-wee Herman Show in Los Angeles. The show went to Broadway, opening to rave reviews at The Stephen Sondheim Theater. The New York Times called it, “Yummier than chocolate”, New York Post proclaimed, “the audience screams for joy!” and New York Magazine said, “Welcome back, Pee-wee! You were sorely missed”.

Reubens returned to HBO with an exclusive version of The Pee-wee Herman Show on Broadway which was nominated for an Emmy® for Outstanding Variety, Music Or Comedy Special.

In 2015, Reubens teamed with Judd Apatow to produce the third Pee-wee film, Pee-wee’s Big Holiday. The Netflix movie was written by Reubens and Paul Rust, and co-starred Joe Manganiello.

Reubens has starred in a number of diverse television roles, including 30 Rock, Pushing Daisies, Reno 911, Everybody Loves Raymond, Portlandia, The Blacklist, Gotham, Steven Soderbergh’s Mosaic, The Conners and What We Do In The Shadows. His film credits include The Blues Brothers, Cheech and Chong’s Nice Dreams, Buffy the Vampire Slayer, Batman Returns, Matilda, Mystery Men and Todd Solondz’s Life During Wartime.

Reubens has lent his voice to many animated projects including The Nightmare Before Christmas, Star Wars Rebels, Family Guy, American Dad, The Smurfs, Batman: The Brave And The Bold, Tron: Uprising, Call of Duty: Infinite Warfare, Robot Chicken and Minecraft: Storymode. He can currently be heard at Disneyland and Disneyworld as the voice of DJ-R3X, the droid pilot turned DJ in Oga’s Cantina at Galaxies Edge.

Reubens is currently writing his memoir, putting the finishing touches on two more Pee-wee movie scripts and developing projects for television, including a variety show and a western called ‘Fancypants’.