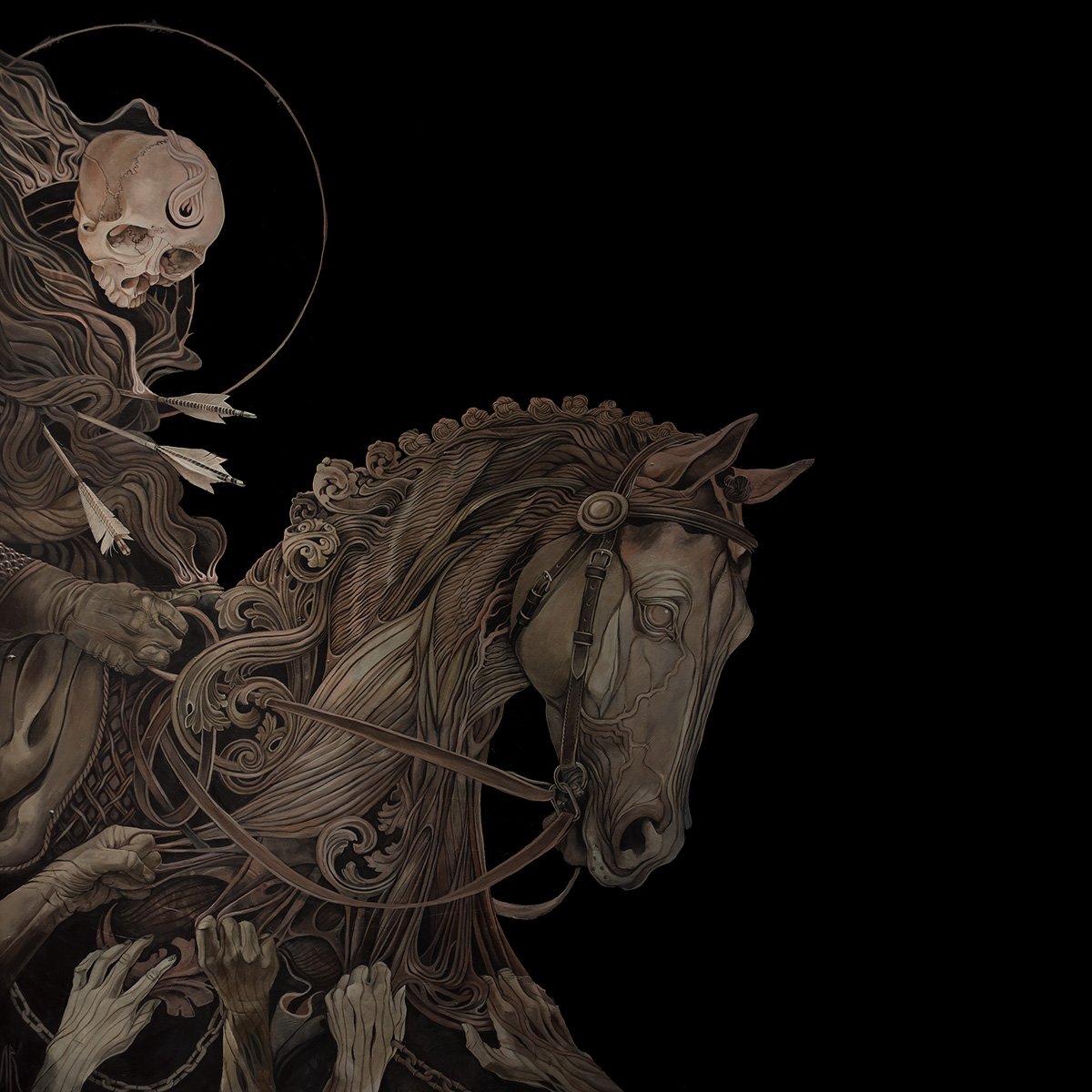 Sweden’s iconic rock/metal titans OPETH will return to North America this fall for a tour with fellow masters of prog-metal MASTODON. The bands will embark with special opening guests ZEAL & ARDOR on a two-week tour kicking off in Asheville, NC on November 16th and wrapping in Denver, CO on December 5th.

”Well, we’re about to start up the ole machine again after our longest (involuntary) break ever. We’ve kept rather silent during all this time. We haven’t done much press or public appearances. No streaming shows and of course, no ”real” shows. We’ve kept to ourselves, biding our time. Coming back to North America will be a treat, even if there are conflicting emotions. We’ve become used to being out of sight. But playing live is such an integral part of being in this band. We need to get back out there to see if we still have it in us. Stepping out on a stage after all this time will surely be a nerve-wrecking experience, but we count on you to help us out. We’ll be traveling with familiar faces however. Together with our friends in Mastodon. But also with new acquaintances, Zeal & Ardor. Going on tour during these times means serious restrictions of course. It will be strange in so many ways. But once we’re up there we trust the power of music will take over and make us feel secure. We collectively look forward to this (with a slight touch of pure fear).

To wrap this up: Won’t see you in the pub (unfortunately), but we sincerely hope to see you through the limelight. For us, this coming tour is already memorable. Odd!”

Following the release of their latest, critically acclaimed record “In Cauda Venenum,” OPETH’s touring was unfortunately cut short due to the Covid-19 pandemic. Two years later, the band will make their long awaited return to North American stages in support of the record and the upcoming release of “In Cauda Venenum (Connoisseur Edition),” which features a remastered version of the album transferred to magnetic tape and cut directly to vinyl with three unreleased bonus tracks.

Sweden’s pioneers of death and progressive metal, OPETH, formed in 1989 and have been widely recognized as one of the genre’s most innovative and influential bands over the course of 13 landmark

albums. Rolling Stone says, “Opeth have been one of the bands who have defined the sound of modern metal. From their 1995 debut, Orchid, a striking amalgam of [Mikael] Åkerfeldt’s growled vocals and lush, progressive song structures, through 2001 extreme-prog masterpiece Blackwater Park – which landed at number 55 on Rolling Stone‘s 100 Greatest Metal Albums list and at 28 on our 50 Greatest Prog Rock Albums tally – Opeth have demonstrated a willingness to color outside arbitrary subgenre lines.” The band’s latest record, 2019’s In Cauda Venenum, continued their lauded evolution, delving further into the far reaches of the progosphere and was highly praised on End of Year Lists by the likes of Decibel, Loudwire, Consequence and Rolling Stone. Released in both Swedish and English languages, the record features a number of standout tracks like “Hjärtat Vet Vad Handen Gör” / “Heart In Hand” and “Svekets Prins” / “Dignity” among others.

GRAMMY® Award-winning band MASTODON continue to chart their own course through their highly successful music career. Founded in Atlanta, GA during 2000 by Troy Sanders (bass/vocals), Brent Hinds (guitar/vocals), Bill Kelliher (guitar) and Brann Dailor (drums/vocals), the group have unleashed a series of influential albums. Rolling Stone notably cited 2004’s Leviathan on its coveted The 100 Greatest Metal Albums of All Time. Meanwhile, Crack The Skye closed out 2009 on year-end lists by everyone from TIME to SPIN. They delivered three consecutive Top 10 debuts on the Billboard Top 200 with The Hunter [2011], Once More ‘Round the Sun [2014], and Emperor of Sand [2017]. “Sultan’s Curse” notably garnered their first GRAMMY® Award in the category of Best Metal Performance. Mastodon have been nominated for GRAMMY’S® five times to date. The group commemorated their late manager Nick John with their 2019 take on “Stairway To Heaven,” affectionately entitled “Stairway To Nick John.” Initially released for Record Store Day, all proceeds benefit the Hirschberg Foundation For Pancreatic Cancer Research. Their evolution continues later this year, with their ninth full-length offering for Reprise Records produced by David Bottrill [Tool, Rush], HUSHED AND GRIM.