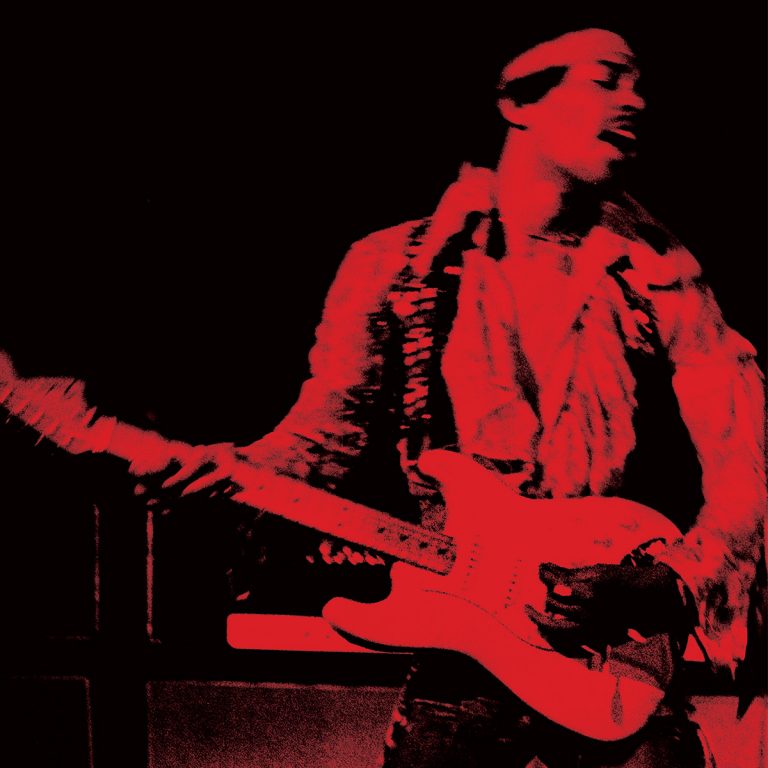 The Experience Hendrix Tour, the acclaimed multi-artist celebration of Jimi Hendrix’s musical genius is returning in October with a trek down the West Coast, and into Arizona, Colorado, Oklahoma and Texas. What began as a single show tribute at the Rock & Roll Hall of Fame in 2000 has blossomed into a full-fledged concert experience that has thrilled countless fans across the U.S. The tour, which the Chicago Tribune called “a testament to the legacy of the iconic guitarist,” presents a host of great artists collaborating and interpreting Hendrix’s legendary repertoire as part of a dynamic, non-stop three-hour concert experience.

The Experience Hendrix Tour offers fans a rare opportunity to see critically lauded musicians performing timeless Jimi Hendrix classics such as “Purple Haze,” “Foxey Lady,” “Voodoo Child” and “Little Wing” in a unique setting. This latest edition of the tour will feature guitar wizard Joe Satriani and the triumphant return of blues legend Buddy Guy, as well as Dweezil Zappa, Jonny Lang and Eric Johnson. Mainstays Billy Cox, Slide Brothers and Doyle Bramhall II will also be on board for the duration.

Guitarist/singer Buddy Guy’s recording career began in earnest in the 1950s when he migrated from Louisiana to be part of the burgeoning Chicago blues scene. Jimi Hendrix, whose own music is firmly rooted in the blues, was heavily influenced by the work of Guy, who is six years Hendrix’s senior. The two became friends, even sharing the stage together. This October will mark Buddy Guy’s ninth Experience Hendrix Tour. Always a crowd favorite, the polka dot-adorned 82-year-old (83 when the tour starts) is looking forward to paying tribute to his own “buddy.”

15-time Grammy Award nominee Joe Satriani, who recently came off the eastern leg of the Experience Hendrix Tour, will be back for the October 1 kickoff in Jimi’s hometown of Seattle. Notable for being the biggest-selling instrumental rock guitarist of all time, Satriani came to the forefront with the release of his 1987 solo album Surfing with the Alien. He has worked with Mick Jagger, Deep Purple, Alice Cooper, Blue Oyster Cult and the fabled Spinal Tap and is a member of rock super group Chickenfoot. In keeping with the spirit of the Experience Hendrix Tour, Satriani has formed an all-star trio especially for the occasion, calling upon bassist and vocalist dUg Pinnick from King’s X, and prolific sideman Kenny Aronoff on drums to serve as his rhythm section.

“The Experience Hendrix Tours are always so much fun,” Satriani told Billboard. “The camaraderie between all the musicians on the show is magical. I’m so excited to play some deep Hendrix tracks in a power trio setting with dUg Pinnick and Kenny Aronoff!”

Billy Cox, bassist for both Jimi Hendrix’s Band of Gypsys and the Jimi Hendrix Experience, has been the backbone of the tour since its inception, providing a spiritual connection between the past and present. Rounding out the lineup are drummer and Rock and Roll Hall of Fame inductee Chris Layton of Steve Ray Vaughan and Double Trouble, as well as Mato Nanji of Indigenous, Henri Brown and bassist Kevin McCormick.

“There’s something so special about playing Seattle. Author Thomas Wolfe wrote, ‘You can’t go home again,’ but that’s definitely not the case with Jimi,” said his sister Janie Hendrix, CEO of Experience Hendrix, L.L.C. “His music is like a beacon that always brings him back to Seattle, where it all began. Celebrating his legacy here brings it full circle. Even the musicians play stronger, as if they’re channeling the vibe of Jimi. We love Seattle, it’s home . . . it’s family.”

Critics have been gushing about the Experience Hendrix Tour since its inception. “Hendrix’s classic songs came one after the next and the electric licks were delivered by a who’s who of modern guitar greats,” noted Loudwire, which went on to call it “the guitar tour of the year.” Charleston City Paper stated, “Jimi’s spirit and music could not have been honored more.”

“At the very end of the night, all the participants came back out for a final bow,” Consequence of Sound observed this past March. “And one thing you couldn’t help but realize by this point – the music of Jimi Hendrix will seemingly live on forever, and continue to inspire future generations.”

The 2019 Experience Hendrix Tour is sponsored by Fender Musical Instruments, the renowned manufacturer of Jimi’s iconic Stratocaster guitars, along with Dunlop, Hal Leonard, and Axe Heaven.