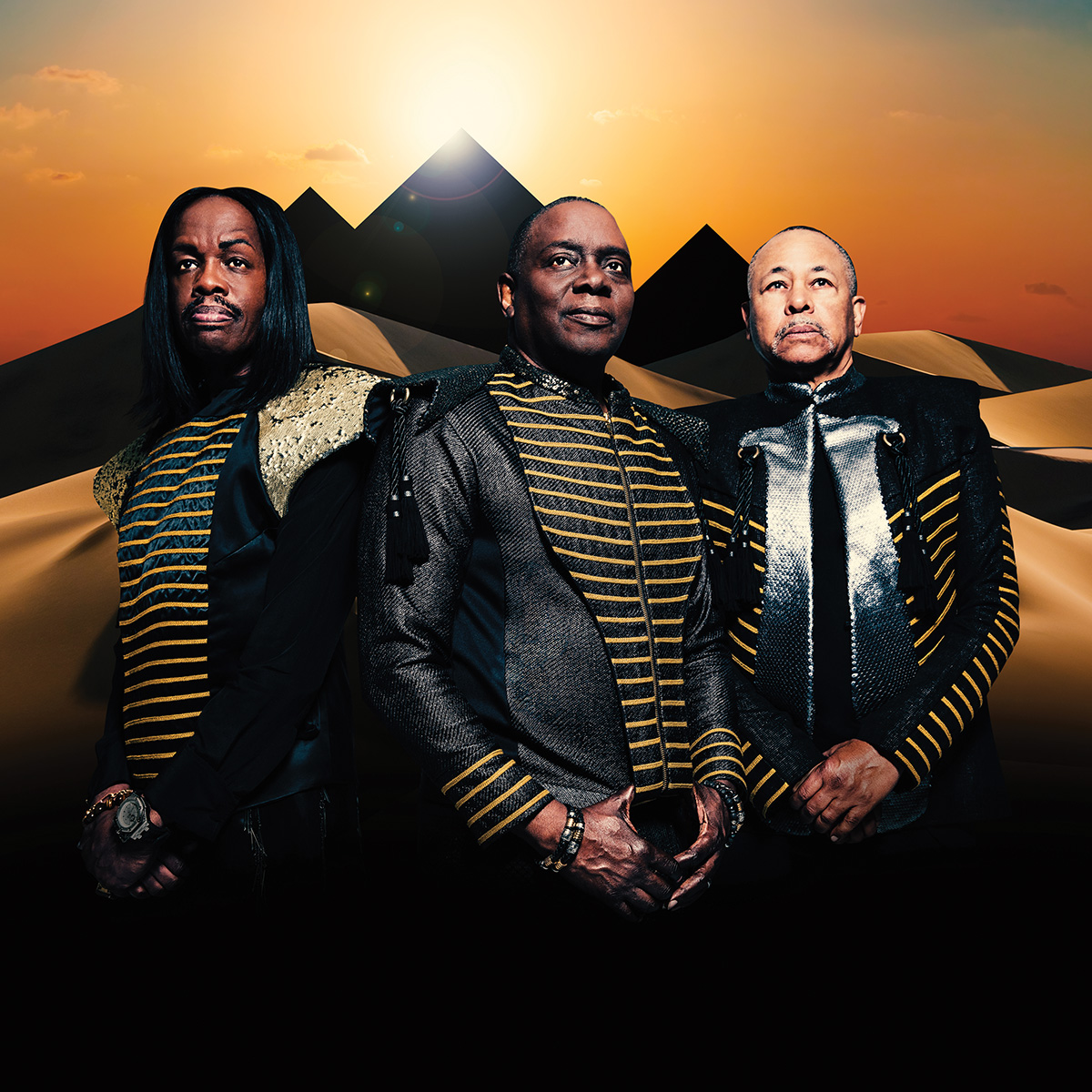 Make a night of it! Book a hotel stay just steps away at W Austin. Exclusive rates for ACL Live patrons start at just $289 when you book with your tickets here.

Earth, Wind & Fire are a music institution. 2020 marks a year-long celebration of their 50th anniversary in entertainment that has taken them all around the globe playing sold out concerts. In 2019 their contributions to arts and culture was acknowledged in Washington DC with the prestigious Kennedy Center Honors. The Smithsonian National Portrait Gallery also awarded Earth, Wind & Fire with its Portrait of a Nation Prize.

In 1969, music legend Maurice White birthed the music force named after the elements from his very own astrological charts. With soul as deep as the plant, Earth, Wind & Fire charted a history that will live on forever.

They’ve scored eight number one hits and have sold over 100 million albums worldwide. They’ve released 23 albums. Eight of those albums went Double Platinum and hit the Top 10, making them one of the best-selling artists of all time. They’ve won an impressive nine Grammy Awards including one for Lifetime Achievement (2012). In 2000, Earth, Wind & Fire was inducted into the Rock and Roll Hall of Fame, cementing their lasting impact on popular music.

For their record-breaking success, they’ve also been awarded with Lifetime Achievement honors from ASCAP, NAACP, BET, and have star on the Hollywood Walk of Fame. Their reach extends to heads-of- state. They have been invited to perform for Presidents Bill Clinton and Barack Obama, who said in an interview with Rolling Stone that Earth, Wind & Fire was a “rhythm and blues and pop staple.”

With timeless songs and commitment to spreading positivity, Earth, Wind & Fire has consistently made music that has bridged the gap among all generations and nationalities. With a sound that blends funk, jazz, pop, soul, and R&B, Earth, Wind & Fire launched a musical genre that can’t be confined to a specific label except their own. From the funky and infectious “Let’s Groove” to the timeless dance classic “September” to the heartfelt “Reasons,” Earth, Wind & Fire’s catalog of hits has become the soundtrack to many lives; now, then and forever.

They continue to influence musicians from all generations and genres. Music giants Michael Jackson, Stevie Wonder and Prince have studied and hailed their artistry. While many of today’s chart-topping artists including Lenny Kravitz, Pharrell, Justin Timberlake, Kendrick Lamar, Chance the Rapper, and Solange have declared themselves super fans. Alicia Keys has called Earth, Wind & Fire “the best band ever” and Mary J. Blige showed her love by recording their song “Imagination.” And the band shared the stage with Black Eyed Peas performing on the half-time show at Super Bowl XX1X.

Their achievements are equally matched by their generosity. Over the years the band has supported various charity organizations including the Make a Wish Foundation, Race to Erase MS, the American Cancer Society, and the Human Society. In 2007, leader Philip Bailey founded Music Is Unity, which helps youth in foster care successfully transition into adulthood and provides music instruments to youth with musical aspirations but lacking the resources. Co- founder, Verdine White has led important initiatives with the Girls & Boys Club of America and opened The Verdine White Foundation in Los Angeles as a mecca to serve youth with music scholarships and other programs.

The music of Earth, Wind & Fire is more alive than ever as they continue to inspire new audiences and thrill those who have been with them from the beginning. Like the elements in their name, Earth, Wind & Fire’s music has withstood ever-changing trends in the world and shows no sign of vanishing as they continue to create joy and uplifting music that will forever reach a sacred universal atmosphere.