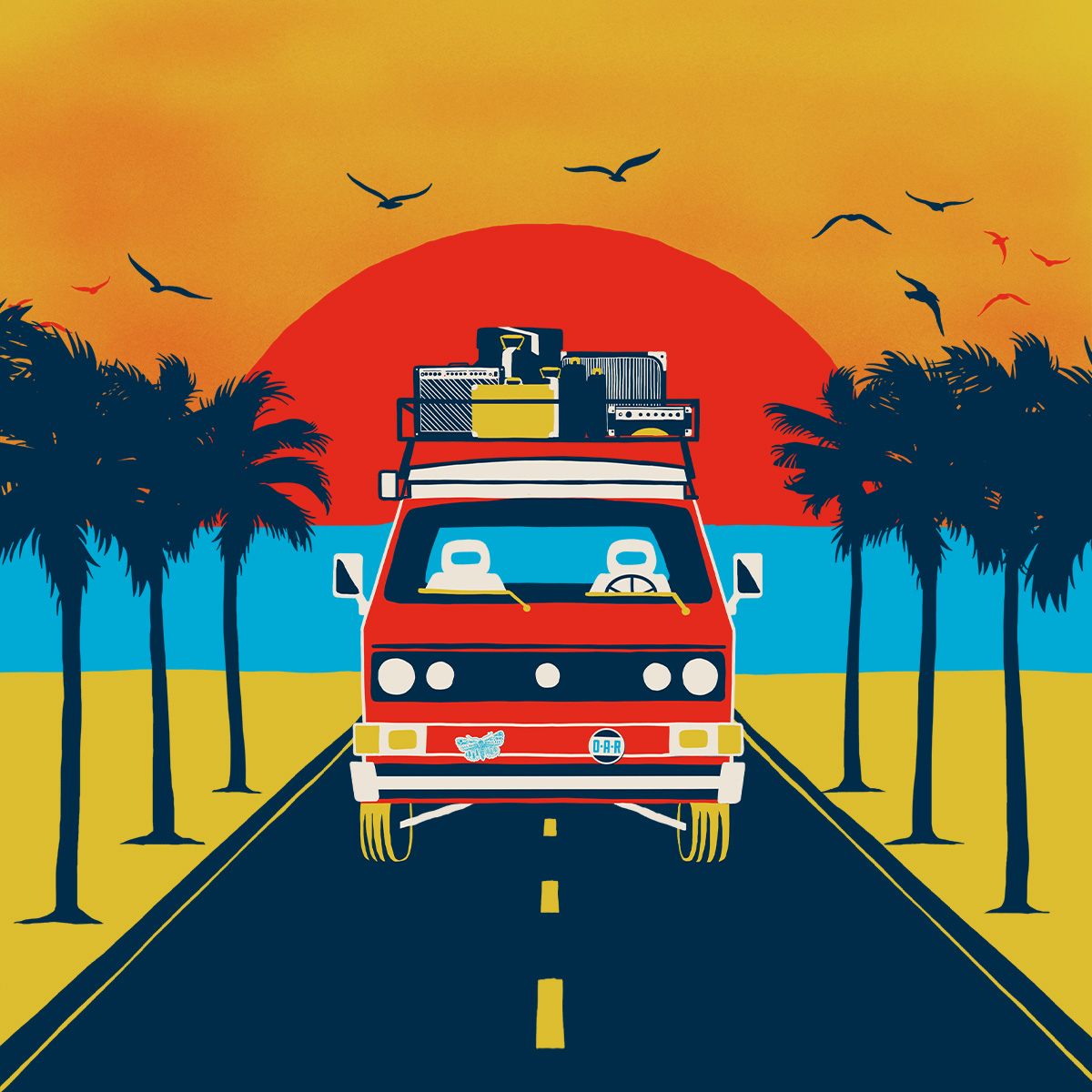 DISPATCH and O.A.R., two of the most successful touring acts in the states, will hit the road together this summer for their first-ever North American Co-Headline Tour, which is scheduled to kick off on July 15, 2022.

While the bands have previously played on the same bill, this tour will mark the first time the two have shared a tour together. “DISPATCH has always been a name on our white-board wish-list for bands we wanted to tour with,” said O.A.R.’s sax player Jerry DePizzo. “It’s almost as if we’ve existed in parallel universes. We both came up through the ranks and cut our teeth playing colleges and small clubs throughout the Northeast and Midwest. It’s taken a few years, but the stars have finally aligned. We’re looking forward to this because we feel both audiences will be excited as well. We should have done this a long time ago.”

DISPATCH – formed by Chadwick Stokes and Brad Corrigan while in college in Vermont – have forged their own path outside the mainstream music industry as one of the most successful artists in the roots rock scene. Over the course of a slew of acclaimed studio and live albums and countless tours and festivals, the band has gone on to become one of biggest success stories in independent music history, selling out three nights at Madison Square Garden and drawing over 100,000 fans to a massive outdoor show in their adopted hometown of Boston without any traditional radio or major label support. The band recently released their extraordinary 8th studio album, Break Our Fall, to critical acclaim.

O.A.R. is one of music’s most consistent & dependable rites of passage for rock fans across the country. The platinum-certified Rockville, MD band has sold out Madison Square Garden multiple times, filled Red Rocks Amphitheater on countless nights, earned platinum and gold plaques across 11-full-length albums, lit up the Times Square New Year’s Eve celebration, and built one of the most committed fanbases in the world. The group – Marc Roberge [lead vocals, guitar], Richard On [lead guitar], Chris Culos [drums], Benj Gershman [bass], and Jerry DePizzo [saxophone, guitar] – formed while still in high school and this year they will ring in 25 years together by strengthening their special bond with audiences everywhere.

“I’m certainly looking forward to this experience,” says DePizzo. “There are some beautiful anchors and moonshots in place in order to celebrate not only the history of where O.A.R. and DISPATCH have been, but where we’re going.” Added DISPATCH’s Brad Corrigan, “We’re grateful to still have our family of fans, health, friendships and a chance to continue making music. Gonna be good.”

Throughout their rise, both bands have taken every opportunity to use their success for good, launching charitable organizations to fight poverty and mass incarceration, raising funds and awareness for environmental causes, schools and hospitals on the road, and even traveling as far afield as Nicaragua and Zimbabwe to work with children and communities in need. O.A.R.’s Heard the World Foundation raises money to create education-based opportunities, including music therapy programs in hospitals, scholarships, donating computers to schools and even providing an infrastructure in Flint, MI, to help with the ongoing water crisis. DISPATCH’s Chadwick Stokes’ Calling All Crows joins bands and fans together in collective activism that has raised more than half a million dollars, while DISPATCH’s Brad Corrigan’s Love Light + Melody helps amplify the stories of children who live in extreme poverty.