Disney Dance Upon A Dream 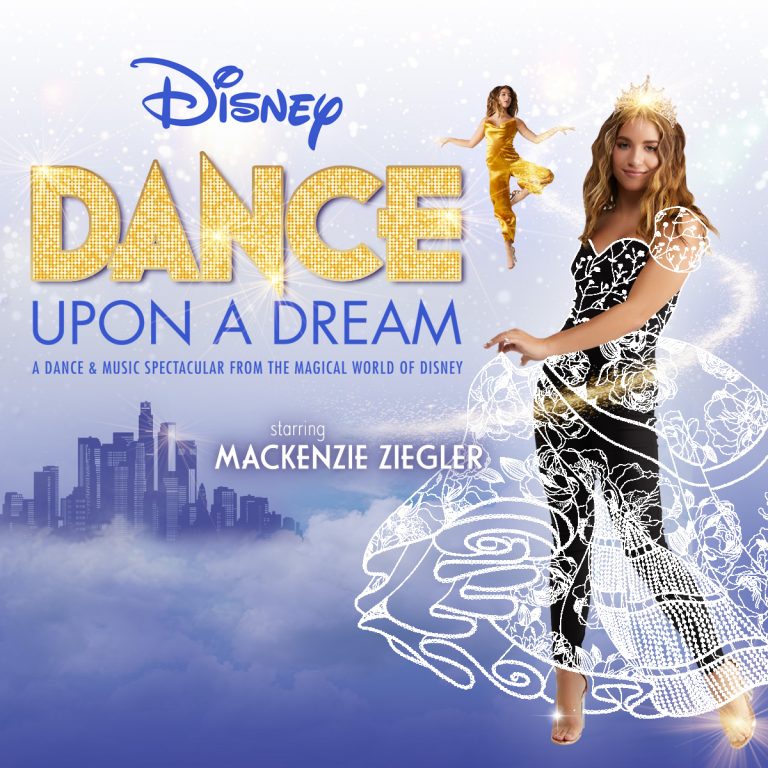 Due to unforeseen circumstances and after careful consideration, the producers of DISNEY DANCE UPON A DREAM have decided to postpone its planned spring 2020 tour.  In order to provide the most magical experience for ticket buyers, we are seeking to reschedule in spring 2021. Refunds will be automatically processed through point of purchase; please allow 7-10 days for completion. Thank you.

Welcome to Disney Dance Upon a Dream!

Come and celebrate the dazzling world of Disney with dancer, social media, and television sensation Mackenzie Ziegler as she goes on an electrifying adventure to find her own beat in our fast-moving world.

Disney and dance fans of all ages will delight in the breathtaking performances of our present-day Disney heroine Mackenzie and an incredible group of dancers as they journey through a soundtrack of Disney’s greatest hits remixed and reimagined. Mackenzie steps into a magical world as she shares a story on stage that audiences have never experienced before. Featuring video and music with a twist from our most beloved Disney films, including Beauty and the Beast, Moana, and Cinderella, this show is not to be missed!

At just 15 years old, Mackenzie Ziegler has become one of the most influential rising stars of Generation Z. She has made a splash in the entertainment industry garnering a massive social media presence of over 30 million followers across several platforms, and her music videos have collectively received over 200 million views. In August 2019, she was nominated for a Teen Choice Award in the category of “Choice Fashion/Beauty Web Star,” and the previous year she won a Teen Choice Award for “Choice Muser.”

As a singer, songwriter and recording artist, Mackenzie released her latest single “HOT” in July 2019. The single was her first release with Arista Records and showcased her growth as a rising artist. The new single came shortly after the launch of PRETTYMUCH’S Summer North American FOMO Tour, where she opened for the boy band throughout shows across the country.

In November 2018, Mackenzie released her album Phases, which featured the singles “Nothing on Us” and “Wonderful,” written by Grammy-nominated songwriters Sia and Jesse Shatkin. Prior to Phases, she released the single “Monsters (aka Haters)” and followed this success with her singles: “Teamwork,” “Breathe” and “What If.”

Mackenzie can currently be seen starring in the YouTube series “Total Eclipse” for the digital network Brat, on which she also serves as Executive Producer, and in the upcoming animated film Ice Princess Lily for DIRECTV. Last fall, Mackenzie competed on ABC’s “Dancing with the Stars: Juniors,” and will next be seen in the sci-fi film Let Us In.