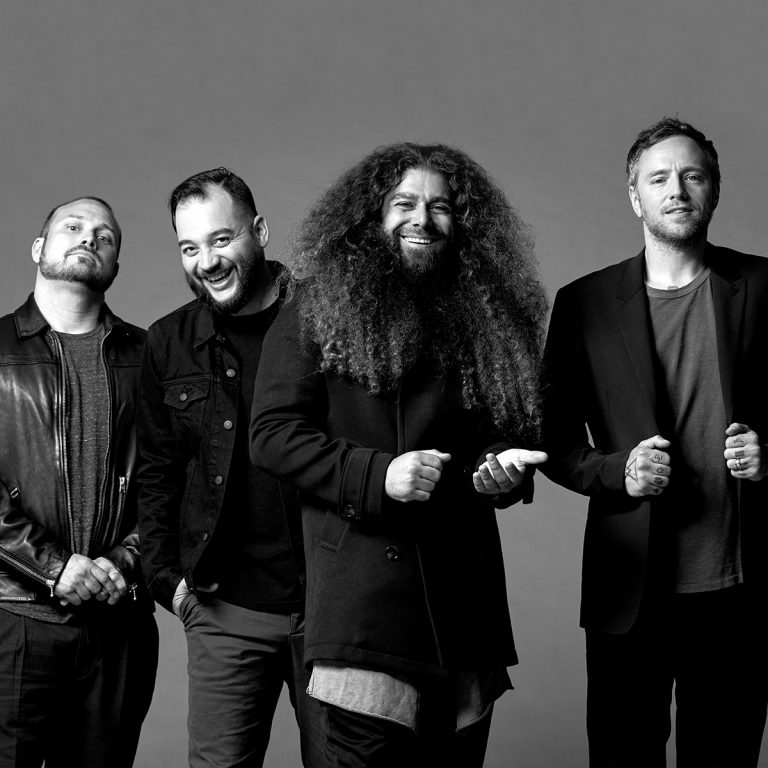 Modern progressive rock band Coheed and Cambria will return to the road for the 40-plus date Neverender NWFT Tour in 2020. Continuing the popular Neverender Tour series, the group will perform their 2007 fourth studio album, Good Apollo, I’m Burning Star IV, Volume II: No World For Tomorrow, in its entirety. Additionally, fans can expect performances of Coheed and Cambria classics as well other essential material from the band’s expansive catalogue.

The first leg of the Neverender NWFT Tour launches May 5th in Austin, TX at ACL Live at the Moody Theater, visits major markets in the Midwest and West Coast, and concludes May 31st at Brooklyn Bowl in Las Vegas, NV. Meanwhile, the second leg canvases the East Coast, South, and Mid-Atlantic, kicking off August 30 at The Royal Oak Theater in Royal Oak, MI. Instrumental powerhouse Chon serves as direct support.

Thirteen years ago, No World for Tomorrow closed out the band’s original sci-fi narrative, The Amory Wars, in epic fashion. Upon release, it bowed at #6 on the Billboard Top 200 as the band’s second consecutive Top 10 debut on the respective chart. Meanwhile, album single “Running Free” soared to the Top 20 on the Alternative Rock Chart, while “Feathers” and “Mother Superior” stand out as fan favorites. Iconic Foo Fighters drummer Taylor Hawkins notably recorded drums for the album.

In 2008, Coheed and Cambria hosted the original Neverender as a historic four-night stand in New York, Chicago, Los Angeles, and London which saw them play their first four albums in full, one per evening. This gave birth to the Neverender Tour. Since then the band has brought these records to life in intimate venues and delivered an immersive audio-visual experience befitting of each respective narrative. Neverender: NWFT marks the fourth and poten?ally final Neverender Tour, giving gravity to the proceedings.

Claudio Sanchez elaborated on the tour, stating, “Neverender is a special chance for us to celebrate the milestones that have made us Coheed and Cambria. And while the title of this chapter may suggest the end, I would like to think this and past Neverenders will help inform how we approach this ritual in the future.”

In other Coheed and Cambria news, the No World for Tomorrow comic series is slated to arrive in late 2020 via Boom! Studios.

Comprised of Claudio Sanchez (Vocals / Guitar), Travis Stever (Guitar), Josh Eppard (Drums) and Zach Cooper (Bass), Coheed and Cambria have gripped listeners and press around the globe with their visionary compositions and conceptual mastery. This past October Coheed and Cambria made a stunning return with their new album THE UNHEAVENLY CREATURES, which debuted at #1 on Billboard’s “Hard Rock Albums” chart, #6 current sales and Top 15 on the “Billboard 200” chart. Boasting 15 songs over 78 minutes, THE UNHEAVENLY CREATURES marked Coheed and Cambria’s furious return to concept albums, the ‘First Act’ in a brand-new story arc set within the backdrop of The Amory Wars universe. The acclaimed record is highlighted by standout tracks “The Guker,” “Unheavenly Creatures,” “The Dark Sentencer” (premiered by Marvel Studios) and “Old Flames,” the laker of which features an official music video directed by Charles “Chas” Todd. The cinematic clip features striking choreography masterminded by Broadway luminary Jon Rua who is known for his roles in the 12-time Tony nominated Spongebob Squarepants and the Tony & Grammy Award Winning hit musical Hamilton.
Sanchez also just announced in an interview with Kerrang! that he had just inked a collaboration with Neca Toys for a line of action figures featuring characters from The Amory Wars universe.