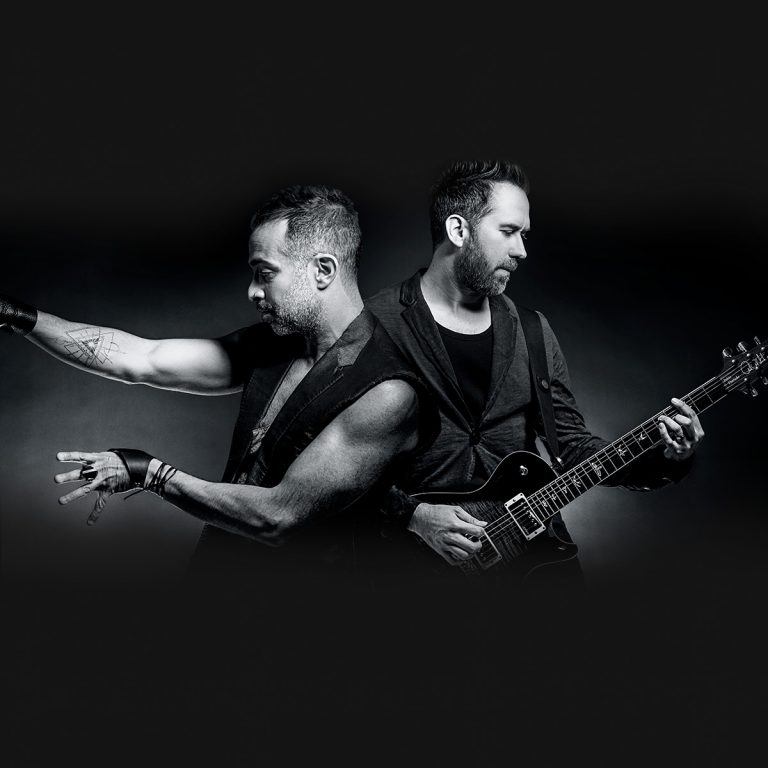 Camila at ACL Live on Sunday, September 27 is being postponed. We are working to reschedule a new date for this show as soon as possible. Hang on to your tickets! We’ll email you (and post updates here) as soon as a new date is announced, and the tickets you’ve already got will still get you into the show. For any further ticket inquiries, please reach out to point of purchase.

Founded by the award-winning composer, singer and producer Mario Domm (Coahuila, Mexico), Camila made its official debut in 2005 when Domm signed his first record contract with Sony Music, together with his friends and colleagues guitarist Pablo Hurtado (San Luis Potosí) and Veracruz native Samo.  Camila made Todo Cambió (2006) and Dejarte de amar (2010), two meteoric hits that turned the group into one of the most successful in Latin America.

Ever since, Camila has soared to the top of the charts in Mexico and beyond.  Songs like “Abrázame,” “Coleccionista de canciones,” “Todo cambió,” “Mientes,” “Aléjate de mí” and “Bésame,” among others, have made them big winners in the record industry: more than two million copies sold, three Grammy awards, three Billboard Awards, Diamond and Platinum certifications, hundreds of shows in 18 countries in front of more than two million fans, more than seven and a half million followers on Facebook and nearly three million on  Twitter and hundreds of thousand visits on YouTube (numbers we know will grow in the months to come).

Additionally, they have performed in countless venues, such as New York’s and Los Angeles’ NOKIA, El Coliseo in Puerto Rico, in Barquisimeto, Venezuela (a concert with a hundred thousand people in attendance), el Gran Rex de Buenos Aires, Argentina and Viña del Mar, Chile, to mention just a few outside Mexico, where they have performed in the most renowned venues including six national auditoriums, four sports stadiums and El Foro Sol, all in less than six months during the same tour… a tough record to break. At the same time, Camila has worked with international stars like Colbie Caillat, Kenny G, Alejandro Sanz, Alejandra Guzmán, Reyli, Chambao, Aleks Syntek and Wanessa Camargo.

In 2014, Camila launches a third studio album, Elypse, transforming itself from trio to duo. Today it is Mario Domm and Pablo Hurtado who make up this group that is so loved by its loyal public. “Decidiste dejarme,” their new single, is catching on at radio and video channels, indicating a new chapter of success for Camila.

Composer, singer and producer born in Coahuila, Mexico, Mario Domm commands multiple musical instruments, which means that, literally, he can play any music that is put in front of him: drums, guitar, bass or a cooking pot with two spoons. His imagination, sensibility and technical knowledge have created some of the best songs in the contemporary Latin American repertoire.

From Alejandro Sanz to Taboo (Black Eyed Peas) and including Alejandra Guzmán, Kalimba, Reyli, Sin Bandera, Rosana, Jesse and Joy, Romeo, Alejandro Fernández and Thalía, his vision and commitment have been the best ally of many record productions, something that is even more obvious in Camila, his most personal project. He is launching his third album in 2014, Elypse, after the super successful “Todo cambió” (2006) and “Dejarte de amar” (2010).

An artist with great charisma and humility, Mario Domm knows how to listen to his colleagues to help them bring out the best they have to give. This is the reason for their many awards, recognitions and nominations as engineer, producer, composer or performer of his own works or that of others.  Domm lives in Los Angeles, California, where he works in his own recording studio named Pop The Cherry Studios.

Guitarist and co-producer of Camila, Pablo Hurtado joined the project shortly before graduating in music production and audio engineer at the Fermatta Music School. It meant quite an effort since just as he was about to graduate, he began his first tour. He was born in Mexico City and grew up in San Luis Potosí in a family with artistic sensibilities. At family gatherings, there was always music.

He began playing the piano at the age of five and when he turned seven; his father introduced him to classical guitar.  However, it wasn’t until he became a teenager that he first tried the electric guitar. He began to play with several cover rock bands, and later became interested in musical theatre and progressive music. At the age of 20, he returned to Mexico City and began his audio engineering studies, which opened his mind to other musical genres such as jazz, blues, funk and pop.

At present, sponsored by the guitar brand PRS, Pablo has acquired knowledge and refinement and shows a fresh perspective whether playing acoustic music or intricate solos, sweet ballads or daring ones. His talent has been essential as co-author of several songs in all three of Camila’s albums (“Todo cambió”, “Dejarte de amar”, “Elypse”), which has allowed him to come in contact with giants of world music. He lives in Los Angeles, California, where he has his own recording studio, Cypress Overdrive Studios.