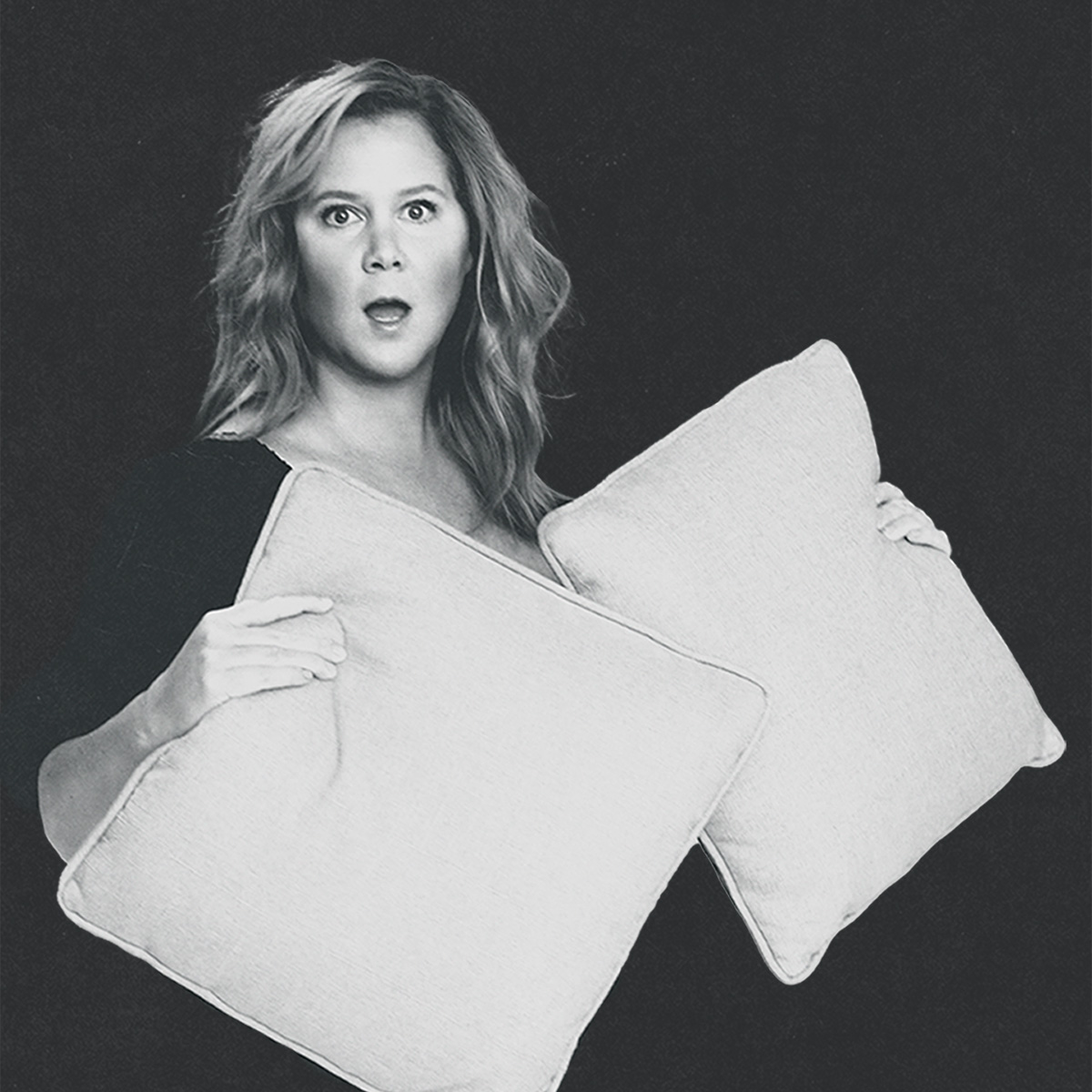 This event will be a phone-free experience. Use of phones will not be permitted in the performance space.

Upon arrival at the venue, phones will be secured in individual Yondr pouches that will be opened at the end of the event. Guests maintain possession of their devices at all times, and can access them throughout the event only in designated Phone Use Areas within the venue. All devices will be re-secured in Yondr pouches before returning to the performance space.

All pouches and equipment are routinely sanitized. The Yondr staff is trained and required to follow safety guidelines and hygiene protocols to practice social distancing, minimal contact and wear required personal protective equipment.

Amy Schumer is an Emmy-winning and Golden Globe-nominated standup comedian, actress, writer, producer and director.  Schumer is the creator, star, writer and executive producer of the award winning “Inside Amy Schumer,” the popular Comedy Central television series, which premiered in April 2013 to the network’s highest season premiere ratings of that year. “Inside Amy Schumer” won the 2015 Writers Guild Award for Best Comedy/Variety Sketch series.  In 2015, the show was honored with the first-ever Primetime Emmy Award for Outstanding Sketch Variety Series.  Schumer was also nominated for Outstanding Directing for a Variety Series and Outstanding Writing for a Variety Series. Schumer received honors for Individual Achievement in Comedy and Outstanding Achievement in Comedy from the Television Critics Association in 2015.  Additionally, she was awarded the 2015 Critics’ Choice Television Award for Best Actress in a Comedy Series.  Among the show’s many accolades, it also received the prestigious Peabody Award in 2014. In 2019, she was nominated for an Emmy in the Outstanding Writing For A Variety Special category for her comedy special “Amy Schumer Growing.”

Schumer’s Universal Pictures film Trainwreck (2015), dominated the worldwide box office as the hit summer comedy. She won the Critics’ Choice Award for Best Actress in a Comedy and was nominated for a Writers’ Guild Award in the category of Original Screenplay. That same year, the British Academy of Film and Television (BAFTA) honored Schumer with The Charlie Chaplin Britannia Award for Excellence in Comedy.  Schumer’s one-hour Netflix Comedy special titled “The Leather Special” earned her a nomination for Outstanding Directorial Achievement in a Variety Special.  Her one-hour HBO comedy special, “Amy Schumer: Live at the Apollo” directed by Chris Rock, premiered on October 17, 2015, and was HBO’s most watched Saturday night comedy special debut since December 2009.

In 2016, She was nominated for a Tony for her role in Steve Martin’s “Meteor Shower.” In 2017, Schumer starred alongside Goldie Hawn in the mother-daughter comedy Snatched, which she also produced. That same year, Schumer was seen in Jason Hall’s drama Thank You For Your Service.

Schumer’s first book, The New York Times bestseller The Girl with The Lower Back Tattoo, earned her a 2017 Grammy Award nomination for Best Spoken Word Album and was released in paperback in August 2017.

In 2018, Schumer starred and produced the STX comedy, I Feel Pretty, released that April. Often touring theaters and arenas all over the world, Schumer is the only female comic to headline Madison Square Garden. She hosted the podcast, “Amy Schumer Presents: 3 Girls, 1 Keith” alongside Bridget Everett, Rachel Feinstein and Keith Robinson that has run for five seasons on Spotify.

In July 2020, Schumer’s three-part documentary series, Expecting Amy premiered on HBO Max. The docuseries takes viewers behind-the-scenes as Amy battles through an extraordinarily difficult pregnancy, while documenting the formation of her latest comedy special. She also premiered the second season of her cooking show, Amy Schumer Learns to Cook, with her husband Chris Fischer who is an award-winning chef on the Food Network in August 2020.

Most recently, Schumer starred in Stephen Karam’s The Humans, which made its world premiere at the 2021 Toronto International Film Festival and launched in theatres and on Showtime this past November. Next up for Schumer is Life & Beth, a comedy series which Schumer will star in, write, direct and executive produce; coming to Hulu on March 18th. Schumer is also set to co-host the 94th Academy Awards alongside Wanda Sykes and Regina Hall on Sunday, March 27th live on ABC.