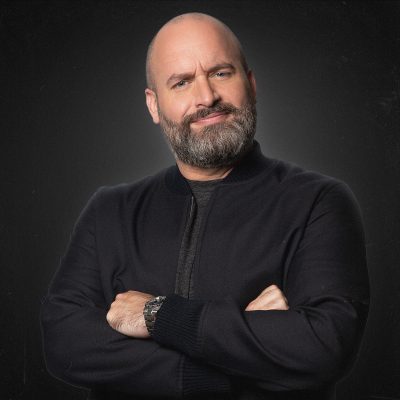 Actor/Comedian/Writer Tom Segura is one of the biggest names in the comedy business.  He recently performed to sold-out audiences on his 100+ city TAKE IT DOWN TOUR. He is best known for his Netflix specials, Ball Hog (2020), Disgraceful (2018), Mostly Stories (2016), and Completely Normal (2014). Paste Magazine described him as, “...having a natural and capable storytelling ability, one that lifts his narratives out of average anecdote fare and plants them firmly in hilarious ground.” Your Mom’s House Studios is home to his hit podcasts Your Mom’s House which he co-hosts with his wife, comedian Christina Pazsitzky, 2 Bears 1 Cave which he co-hosts with Bert Kreischer, and many more. Additionally, YMH Studios was one of the first networks to create wildly successful Livestream Podcast Events as an outcome of the pandemic. 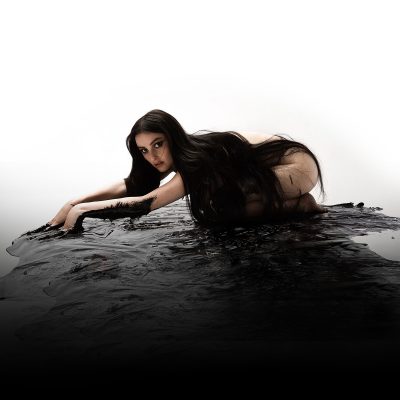 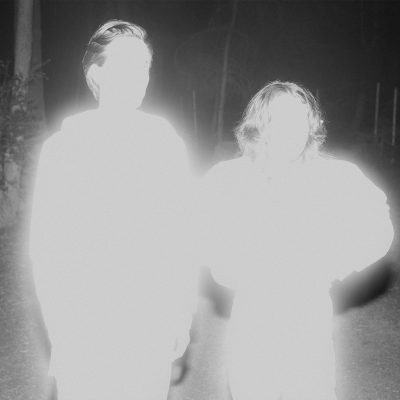 Purity Ring at ACL Live has been rescheduled to July 15, 2022. All previously purchased tickets will be honored for the new date. More information will be emailed to ticketholders directly.

Purity Ring kindly requests that you wear a k95 or n95 mask for the entirety of the evening. We would really appreciate your help in being able to finish this tour without having to cancel any more shows. Please be considerate and wear a mask, even between sips of a drink if you have one. It's greatly appreciated by Megan and Corin and their crew, they will see you and know your support and care for them as well as the people around you. Thank you so much for your consideration of our situation at this time and for your understanding. We can't wait to play for you!

WOMB is the newest offering from Purity Ring of Edmonton, Canada, and their third album on 4AD. Once again, Megan James and Corin Roddick wrote, recorded, produced, and mixed the album, infusing their care and intention into every element.

WOMB chronicles a quest for comfort, the search for a resting place in a world where so much is beyond our control. The striking vulnerability of “ruby insides” - “If I could, I would let you see through me” - charts a course that’s both intensely personal and deeply connected to those close to us, our kin whether by nature or nurture. As the ground shifts beneath their feet, WOMB’s characters help one another face death, despair, and world-altering discovery with resilience and grace.  For all the terrain it encompasses, Womb’s quest culminates in “stardew”, a glittering, transcendent invitation to “just be where you are” - to experience the kind of powerful peace that can only be found by truly coming home.

Purity Ring has partnered with PLUS1 to support environmental organizations working to protect the health of our planet and its people. www.plus1.org 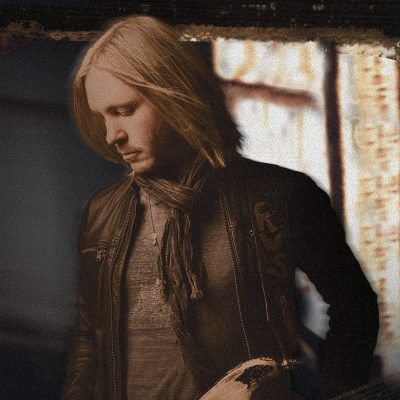 performed in its entirety

Celebrating the 25th Anniversary of Trouble Is..., performing the landmark album in its entirety.

There are few artists whose names are synonymous with one instrument and how it's played in service to an entire genre.

Utter the phrase "young blues rock guitarist" within earshot of anyone with even a cursory knowledge of the modern musical vanguard and the first name they are most likely to respond with will be Kenny Wayne Shepherd. The Louisiana born axeman and songsmith has sold millions of albums while throwing singles into the Top 10, shining a light on the rich blues of the past and forging ahead with his own modern twist on a classic sound he has embodied since his teens.

In a 20-year recording career that began when he was just 16, Shepherd has established himself as an immensely popular recording artist, a consistently in-demand live act and an influential force in a worldwide resurgence of interest in the blues.

From television performances on The Tonight Show with Jay Leno, The Late Show with David Letterman, Jimmy Kimmel Live and Late Night with Jimmy Fallon (amongst others) to features in Rolling Stone, Vanity Fair, Maxim Magazine, Blender, Spin, USA Today and more, his musical career has been nothing short of phenomenal.

At 16 years old, he signed his first record deal and burst onto the national scene with the release of his 1995 debut album Ledbetter Heights, which produced the radio hits "Deja Voodoo," "Born with a Broken Heart" and "Shame, Shame, Shame." His relentless touring and success on rock radio helped to drive the album to Platinum sales status. His 1998 sophomore effort Trouble Is… also went Platinum, yielding such radio hits as "Blue on Black," "True Lies" and "Somehow, Somewhere, Someway." 1999's Live On spawned the radio hits "In 2 Deep", "Shotgun Blues" and "Last Goodbye."

2004's The Place You're In was a blistering rock record and was followed up by 2007's ambitious 10 Days Out: Blues from the Backroads, for which Shepherd and his band traveled throughout the American South to record with such vintage blues greats as B.B. King, Clarence "Gatemouth" Brown, Hubert Sumlin, Pinetop Perkins and David "Honeyboy" Edwards on their home turf. 2010 saw the release of Shepherd's long-awaited first live album, Live! In Chicago, recorded at Chicago's House of Blues during the all-star Legends tour and featuring guest appearances by such blues legends as Hubert Sumlin and Willie "Big Eyes" Smith. The live disc debuted at #1 on Billboard's Blues chart, as did 2011's How I Go. In 2013, Shepherd further expanded his musical horizons by teaming with veteran rockers Stephen Stills and Barry Goldberg to form THE RIDES, whose first album Can't Get Enough helped to expand Shepherd's audience as well as his musical resume. 2014 saw the release of Goin’ Home, Shepherd’s sixth # 1 debut on the Billboard Blues charts. Goin’ Home features several talented friends who shared Shepherd's enthusiasm for the project's back-to-basics ethos. Those guests include fellow guitar icons Joe Walsh, Warren Haynes, Keb' Mo' and Robert Randolph, longtime friend Ringo Starr, Fabulous Thunderbirds frontman Kim Wilson, the Rebirth Brass Band and co-producer Blade's father, Pastor Brady Blade Sr., who lends a bracing dose of preaching to Shepherd's version of Bo Diddley's’ "You Can't Judge a Book by the Cover." In the months since its release, Shepherd and his band have toured the world extensively blazing a fresh trail for the historical American art form in the 21st Century. 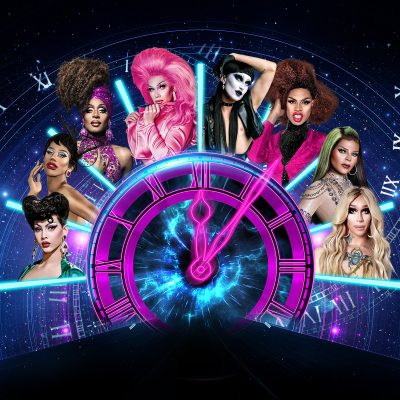 The Official RuPaul’s Drag Race World Tour returns with an all-new production for 2022! An experiment gone wrong has sent the audience spiraling through time with no way of returning to the present. Join Kameron Michaels, Rose, Vanessa Vanjie, Yvie Oddly and all finalists from the upcoming 14th Season on a journey through iconic periods of history in hopes of finding your way back to 2022. Presented by Voss Events in collaboration with World of Wonder and VH1. 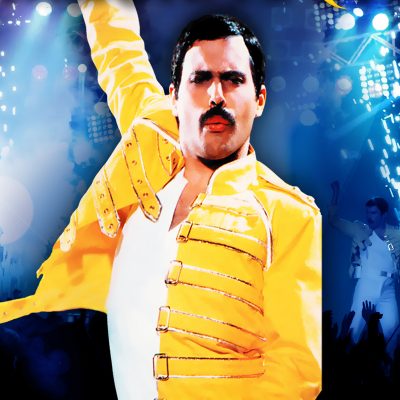 Killer Queen formed back in June 1993. Their first public shows were at London University, following in the footsteps of the real Queen who had played their first shows there 21 years earlier.

By 1995 Killer Queen's UK popularity had grown to such an extent they secured a residency in London's Strand Theatre attracting nationwide BBC coverage - the first tribute to have a show in the West End .

Even though the band never had any connection to Queen officially their reputation continued to grow both in the UK and abroad. In 1999 they returned from a tour of and Europe and Russia for an awards ceremony in Leicester Square, hosted by Suggs from Madness. He announced they had won the award for “Worldwide Best Tribute Band.”

The band also scored a number one hit when they they were asked to recreate Queen's harmionies for “The Real Life” with Fatboy Slim in 2001.

Killer Queen toured into their second decade, the audiences grew. In 2005 they played AhoyStadium, where the reformed Queen would be performing only a few months later.

The next year Killer Queen joined forces with Bjorn Again and The Bootleg Beatles for a Waverly Stadium show in Edinburgh. It was this performance that led to the band being selected to represent Queen in a re-staged tribute Live-Aid concert held by Sir Bob Geldof. They performed with him at his arena charity concert to raise funds for the homeless.

2009 saw a triumphant return to a sold out Ahoy stadium with their acclaimed “Queen Spectacular”production and another award, this time from Sweden's Vasteras concert hall “Best Concert of The Year 2009”.

2013 saw them performing in another one of Queen's former venues, The Brighton Centre, to celebrate their 20th Anniversary.
​
In 2016 Killer Queen took the show to America at The Red Rocks Arena in Colorado – one of the countries most prestigious venues – The Beatles, Springsteen, U2 have all played there. Family arenas and prestige venues such as Austin City Limits Live at The Moody Theater are now regular stops on the Killer Queen USA itinerary. 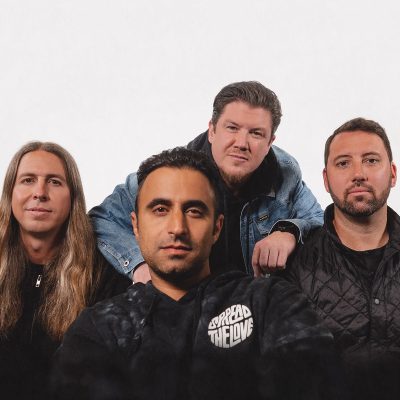 Founded in Isla Vista, CA, Rebelution has followed their instincts since the release of their breakout 2007 debut, Courage To Grow. In 2009, the band topped the Billboard Reggae Chart for the first of what would be five consecutive #1 records; and in 2017, they garnered a GRAMMY nomination for Best Reggae Album. Rebelution’s transcendent live performances, meanwhile, have earned the group sell-out headline shows everywhere from Red Rocks to The Greek Theatre, along with festival slots at Bonnaroo, Lollapalooza, ACL, Glastonbury, and more. Their latest album, In The Moment, is deliberate and wide-ranging, infusing the quartet’s soulful, exhilarating brand of modern reggae with addictive pop hooks, alt-rock grit, and hip-hop grooves. The performances here are bold and self-assured, and the production is equally ambitious, drawing on swirling reverb and trippy delay to create an immersive sonic universe that’s both futuristic and vintage. 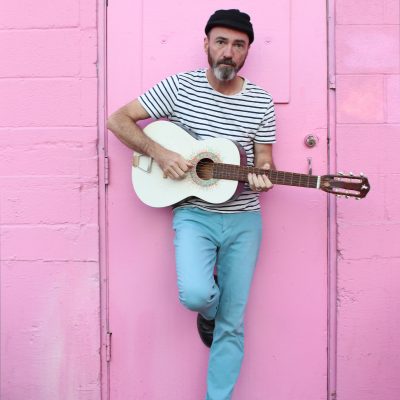 The Shins are a GRAMMY nominated American band formed by James Mercer in Albuquerque, NM in 1996. Their debut full length, Oh, Inverted World caused a seismic shift in the indie rock world upon its release in 2001, singlehandedly ushering in the modern era of the genre. With six full length albums released to date, including The Worm's Heart which is comprised of "flipped" or alternate/opposite versions of each of the original songs on Heartworms, the band continues to redefine and push the boundaries of indie and alternative music. 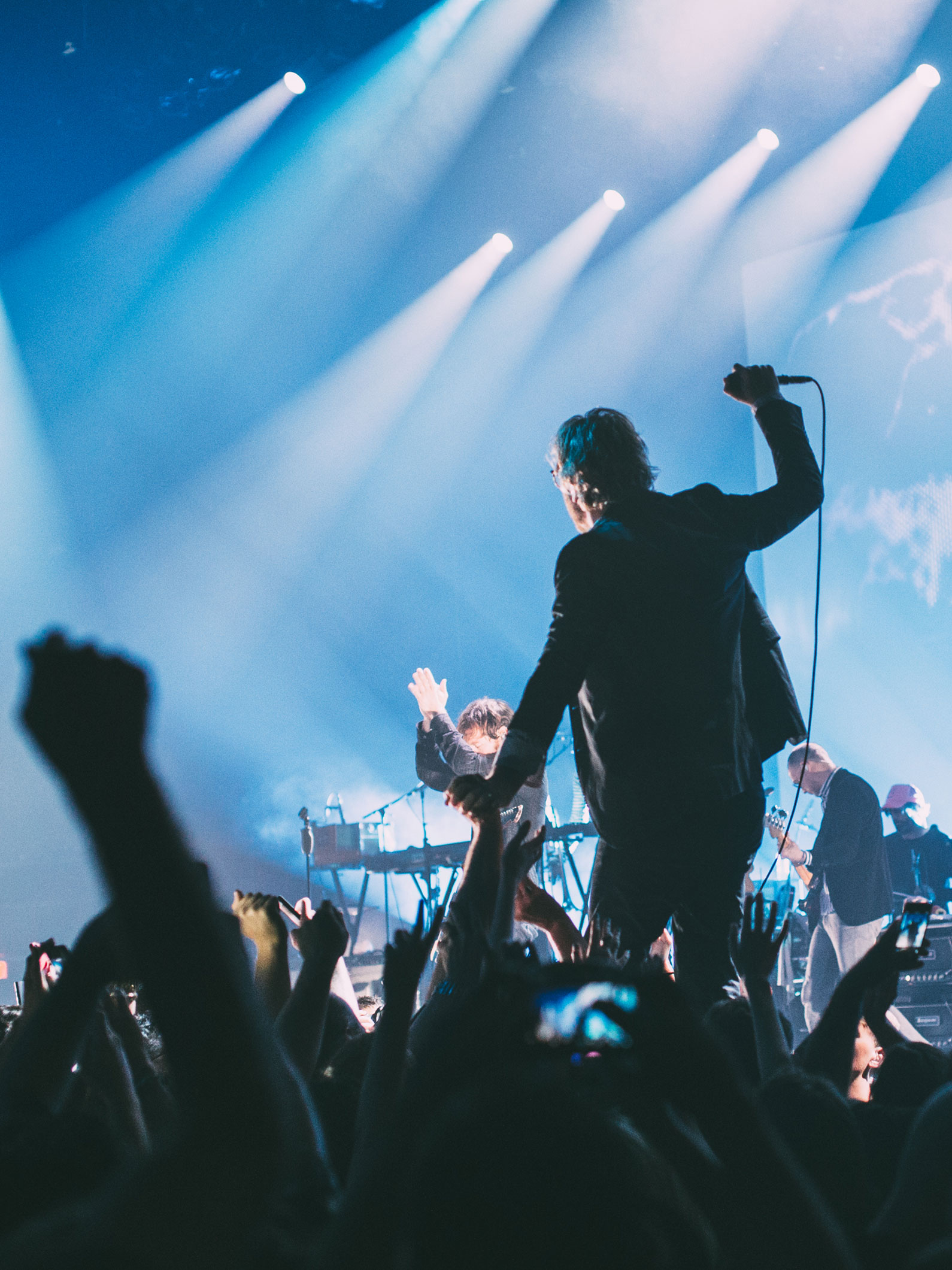 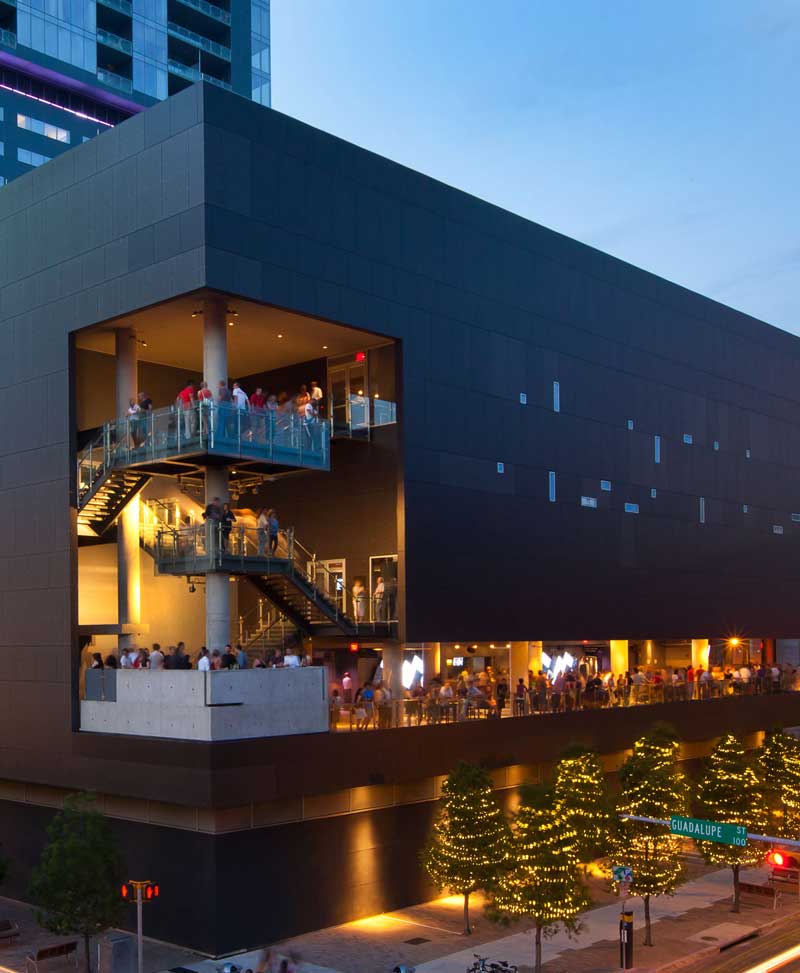