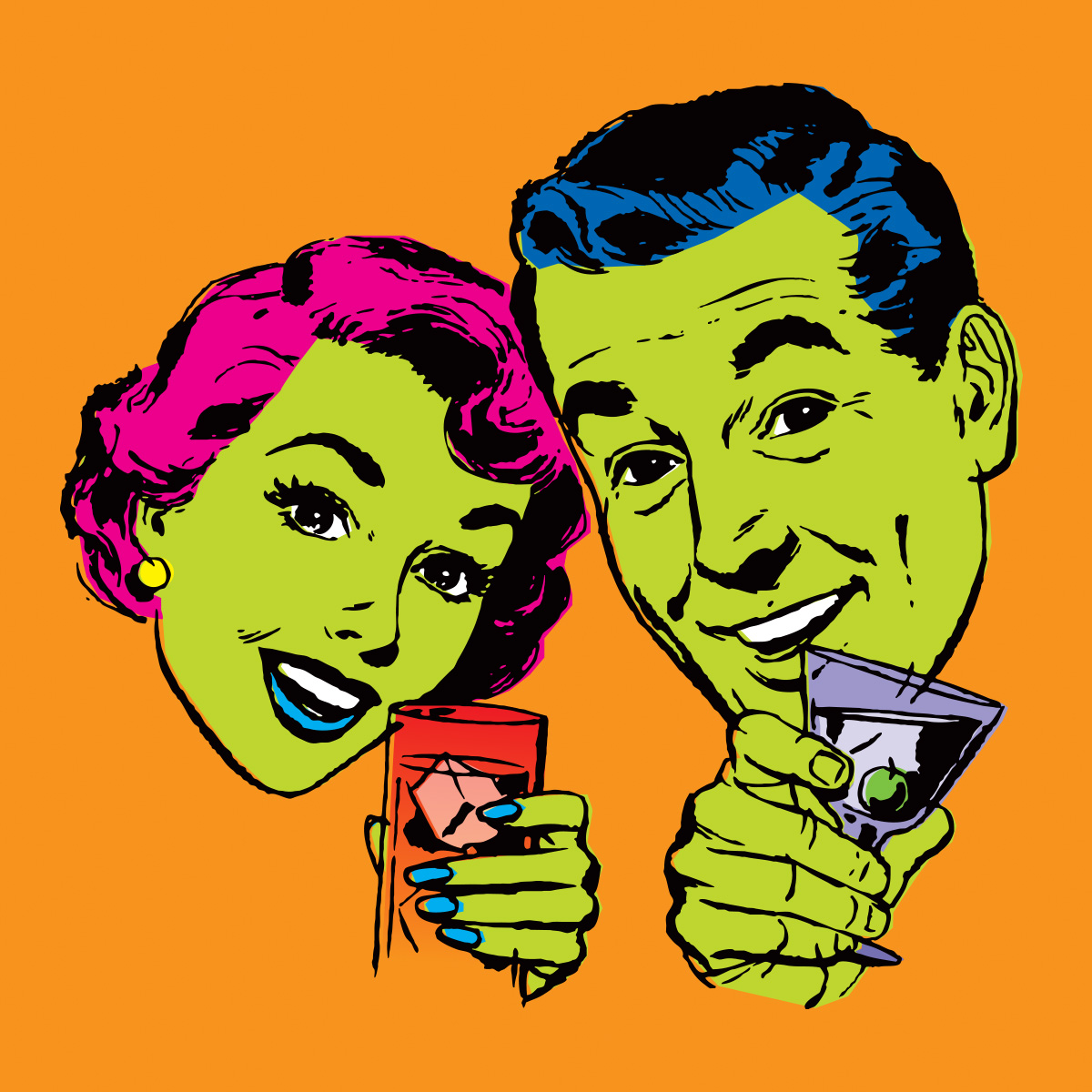 2 MICS & THE TRUTH: UNPLUGGED & UNHINGED IN AMERICA saw Violent Femmes reinventing their own extraordinary canon with all-new live performances, including rearranged classics, songs played live for the first time, spontaneous requests, and random improvisations. Produced by founding member Brian Ritchie and featuring The Horns of Dilemma, Violent Femmes’ ever-evolving cabal of multi-instrumentalist backing musicians, the album was recorded in 2016 as the band visited public radio stations and music media outlets across the country in support of their acclaimed ninth studio album, WE CAN DO ANYTHING. Always eager to push their sound forward, the Milwaukee-based combo brought with them a pair of Ear Trumpet Labs Edwina microphones, specialized bluegrass mics that allowed Gordon Gano (voice and guitar/banjo/fiddle) and Brian Ritchie (acoustic bass guitar and vocal) to play and record in close proximity. Backing musicians – including baritone saxophonist Blaise Garza and special guests like banjo master Tony Trischka and legendary Television drummer Billy Ficca – were tracked through sound bleed in the tradition of the early jazz, blues, country, rembetika, rockabilly, and folk records which informed the Violent Femmes aesthetic from the jump. Percussionist John Sparrow’s innovative use of a Weber Grill as a rhythm instrument enabled Violent Femmes to stand close together around the two mics and play in perfect balance, the metallic tones meshing with Ritchie’s acoustic bass and Gano’s strummed guitar.

X recently announced the reissuing and remastering of their first four classic albums via their collaboration with Fat Possum Records. Los Angeles (1980) will be released on February 22nd, Wild Gift (1981) will be released on March 22nd, while Under The Big Black Sun (1982) and More Fun In The New World (1983) will each be released on April 12th. In addition, the band recently re-entered the recording studio for the first time since 1984. In two days, five songs were recorded with producer Rob Schnapf, release plans are pending.

Formed in 1977, X quickly established themselves as one of the best bands in the first wave of LA’s flourishing punk scene; becoming legendary leaders of a punk generation. Featuring vocalist Exene Cervenka, vocalist/bassist John Doe, guitarist Billy Zoom, and drummer DJ Bonebrake, their debut 45 was released on the seminal Dangerhouse label in 1978, followed by seven studio albums released from 1980-1993. X’s first two studio albums, Los Angeles and Wild Gift are ranked by Rolling Stone among the top 500 greatest albums of all time. Over the years, the band has released several critically acclaimed albums, topped the musical charts with regularity and performed their iconic hits on top television shows such as Letterman and American Bandstand. In 2017, the band celebrated their 40th anniversary in music with a Grammy Museum exhibit opening, a Proclamation from the City of Los Angeles and being honored at a Los Angeles Dodgers game, where Exene threw out the first pitch and John Doe sang the National Anthem. The band continues to tour with the original line-up.