Lyle Lovett and His Large Band 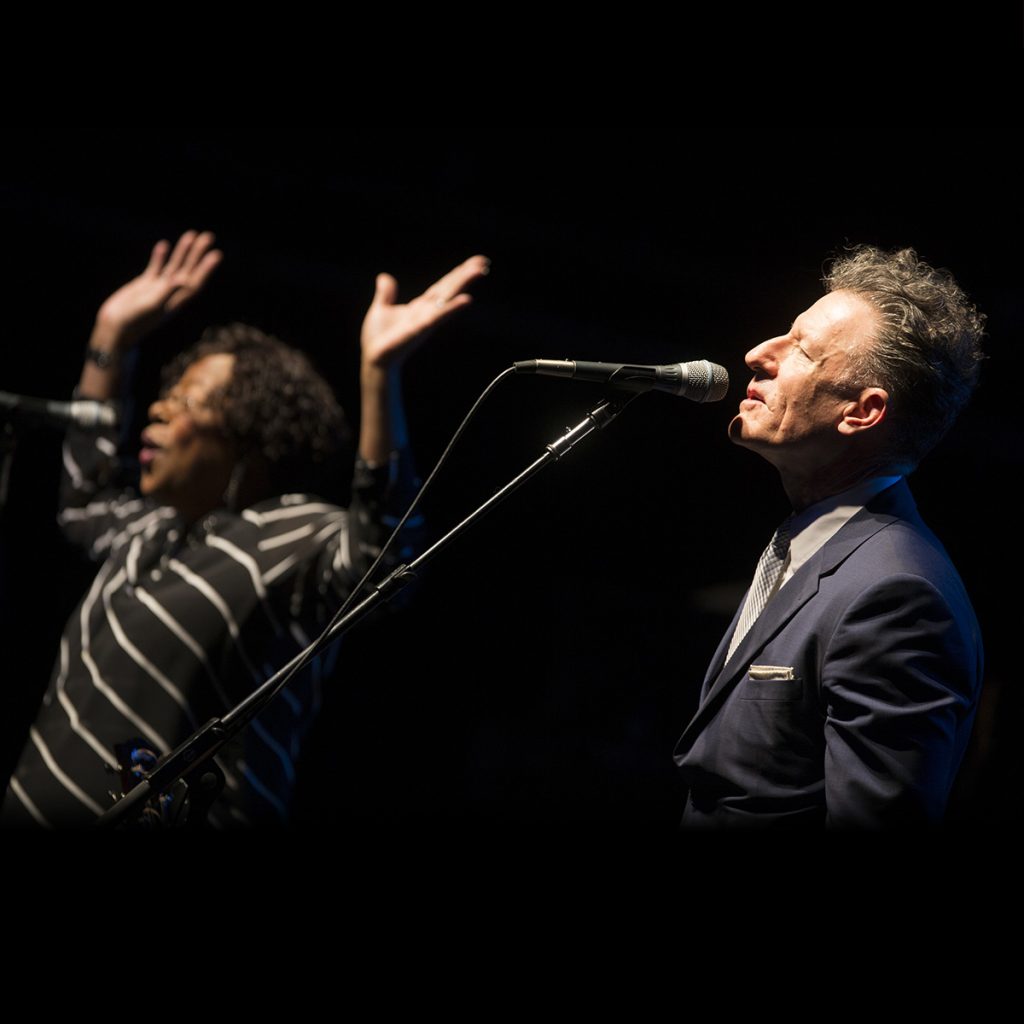 A singer, composer and actor, LYLE LOVETT has broadened the definition of American music in a career that spans 14 albums over three decades.  Coupled with his gift for storytelling, the Texas-based musician fuses elements of Americana, swing, jazz, folk, gospel and blues in a convention-defying manner that breaks down barriers.

Whether touring as a ‘Duo’ or with his ‘Acoustic Group’ or ‘The Large Band’, Lovett’s live performances show not only the breadth of this Texas legend’s deep talents, but also the diversity of his influences, making him one of the most compelling and captivating musicians in popular music.

Since his self-titled debut in 1986, Lyle Lovett has evolved into one of music’s most vibrant and iconic performers. Among his many accolades, besides the four Grammy Awards, he was given the Americana Music Association’s inaugural Trailblazer Award, and was named Texas State Musician.

His works, rich and eclectic, are some of the most beloved of any living artist working today.

Warren Hood started playing classical violin at age 11 in the school orchestra, later studying privately with Bill Dick. He won classical music competitions, including the Pearl Amster Youth Concerto Competition and the Austin Youth Award, which gave him the opportunity to perform as a soloist on “Lalo Symphonie Espagnole” with the Austin Symphony, conducted by Peter Bay when Warren was 17 years old.  As the son of a musician, Champ Hood, Warren was exposed to a wide range of roots music and began experimenting with different fiddle styles such as bluegrass, jazz, country, and swing.  Warren balanced studying at Austin High School with touring with as a fiddle player for Charlie Robison and the South Austin Jug Band. After high school, Warren earned a rare scholarship to Berklee College of Music where he majored in Violin Performance, played with Steven Tyler and formed an acoustic string band, Blue Light Special. At Berklee, Warren earned the coveted String Achievement Award, an award chosen by faculty to honor talent and as a vote of confidence on future success.  Leaving Berklee, Warren returned to Austin and was in demand as a sideman, playing with Bruce Robison and Kelly Willis, Alejandro Escovedo, Joe Ely, and joining The Waybacks, a band he would play with for the next ten years.  While touring as a side man, Warren formed his own group, The Warren Hood Band, to perform shows at home between side-man tours. Now his main focus, The Warren Hood Band includes his cousin, Marshall Hood on guitar, Willie Pipkin on guitar, Nate Rowe on bass, and Jordan Cook on drums. This band plays every Wednesday at The ABGB (Austin Beer Garden and Brewery), drawing a mix of “old Austin” and newcomers, musicians and music lovers, and dancers who stay on the floor from the first to last song. The Warren Hood Band plays a mix of their own songs, classic country, and blues, with a nod towards their Texas roots with a few Uncle Walt’s Band songs.  The band performs an acoustic show every Tuesday at Cosmic Coffee and Beer.