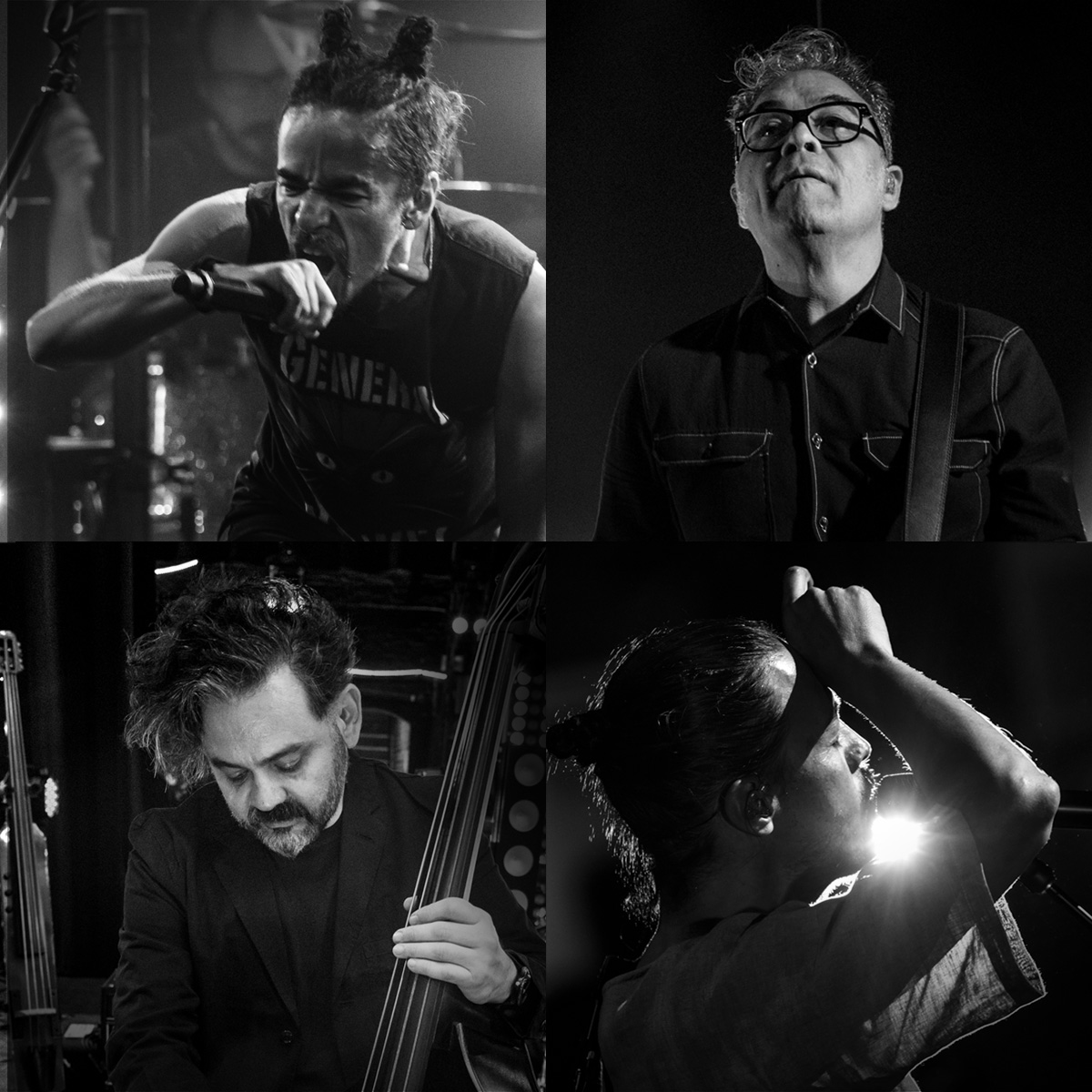 Café Tacvba is widely recognized as the leading alternative rock band in Mexico and one of the most influential alternative groups from Latin America, leading a nonconformist music movement with its mix of elements such as rock, indigenous folk, electronic music and punk.

With a career spanning 30 years, they continue to expand a massive audience of devoted fans throughout the Americas, Europe and beyond. They have won multiple Latin Grammys and a Grammy, their album “Re”, was named as the “Latin rock album number one of all time” in 2013. (Rolling Stone).

Beginning in the 80s as a garage band of graphic design students in the Satélite neighborhood, in Mexico City, it took the name of Café Tacuba (later changed to Cafe Tacvba) in 1989, when the lineup solidified. Today is still in force with Rubén Albarrán on vocals and guitars, guitarist José Alfredo Rangel (Joselo), bassist Enrique Rangel (Quique), and keyboardist Emmanuel del Real (Meme).